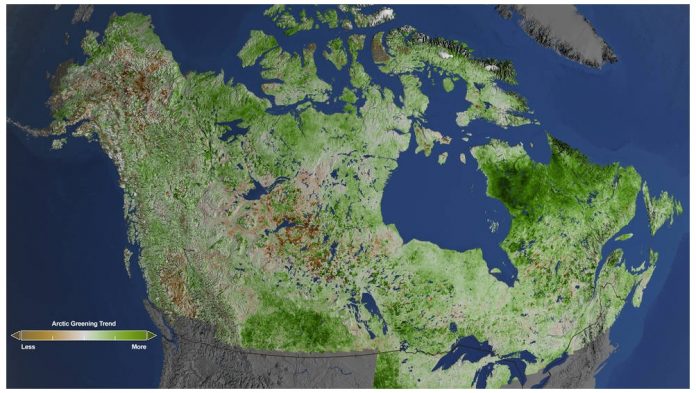 by Eric Mackenzie Lamb
(This article was sent via satellite from 73.15 degrees North latitude).

Having made three previous visits to Antarctica,  I have to admit that I’d expected to find many similarities with the so-called Frozen Continent, only this time it would be above the Arctic Circle in Canada, at the very opposite end of the planet. As things turned out, I couldn’t have been more wrong.
Like its southern counterpart, the Canadian Arctic covers a huge area almost the size of of Europe. But up here, unlike Antarctica, people have been existing for thousands of years. Formerly described as Eskimos-whose ancestors, according to the results of recent genetic research, originated from Mongolia, and who have no relation to more southerly Indian tribes like the Sioux, Cherokee, or Athapascans – the Inuit have managed to survive almost total isolation, as well as some of the most extreme weather conditions on Earth.

With the exception of those who now live near established settlements like Resolute Bay or Pond Inlet, where supplies from the outside world are sometimes (but not always) brought in, their subsistence, even today, relies almost entirely  on hunting and fishing. Just as with polar bears, the most sought after delicacy consists of seals and walrus, even more so since the rapid depletion of the Caribou population.
Practically nothing is discarded, neither skin nor blubber. Whatever is left of the animal’s carcass is fed to the tribe’s huskies (assuming, of course, that they have any). Within the Inuit culture, many such traditions are still rigidly followed and strict regulations are now enforced to protect the area’s natural resources from outsiders. Even if you’re Canadian but don’t reside in the community, you’re not allowed to hunt or fish unless you’ve obtained a permit from the local council.

The Inuit also have their own language, as well as their own unique alphabet. Here’s a sample of how it’s written and pronounced, followed by a translation into English:

Nevertheless, much has changed for the Inuit since the arrival of the first qualuaaqs (white men) in the early 1800’s, especially after the British government finally ceded its Arctic regions to Canada in 1848.
But sadly, many of those changes, as historians will tell you, haven’t always been for the better. Untold thousands of Inuit perished from exposure to diseases brought in by the whites, such as measles, plague, influenza, and smallpox, to which the local population had no natural resistance. This only accelerated when the Hudson’s Bay Company established itself in the far North. And tuberculosis, even today, is responsible for an average of 181 deaths per thousand in the far North, as opposed to just 0.6 percent per thousand in other areas of the country. (Understandably, the Canadian government is making it an urgent priority to completely eradicate the disease by 2030).

To make matters worse, many Inuit children were forcefully taken from their families by the
government of the time and sent to Anglican, Catholic, or Pentecostal boarding schools in cities as far away as Edmonton or even Toronto, where they remained separated from their relatives, often without contact, for years. Many children simply disappeared, most likely dying from illnesses, about which some of their families, even to this day, have never learned the details. For those who survived and finally returned, often a decade or more later, many knew little or nothing about their own culture, traditions, or even language. The government, however, insisted that this had been done as a matter of urgency to provide underprivileged native children a vital education.But for locals who’d remained behind and were often derided by new settlers as loucheux (slant-eyed), and then forced to move from their spiritual homelands to new locations, the real purpose, in their own minds, was eradication.(The
government officially called the process centralization).

Since then, after finally recognizing the errors of judgement made by its predecessors, the Canadian government established the Department of Northern Affairs, which, through local legislation, provides a large degree of legal autonomy to its Arctic regions. But, for many Inuit, it was too little, too late.  More often than not, when having a frank discussion with a native person about the Inuit’s turbulent history, it’s not difficult to sense a degree of resentment which still simmers just below the surface. Simply put, they want to improve their lives without sacrificing age old traditions. And, once again, to be proud of
who they are.
But there are still some formidable obstacles in their path. Here are some disturbing statistics.
Only about 34 percent of Inuit children attain a high school diploma, compared to 86 percent in the rest of Canada. Infant mortality stands at 12.3 children per thousand, as opposed to 4.4 elsewhere in the country.
Around 70 percent of the Inuit population remains food insecure, compared to 8 percent in the South.

Average life expectancy, at 72.4 years, is 10.5 years less than for those from below the Arctic circle. An average of 63 percent of the Inuit population are unrelenting smokers, with the result that they have the highest afflictions of lung cancer in the world. But the most disturbing figures are the suicide rates:
ranging from five to twenty-five times higher than anywhere else in Canada.
But there’s also light at the end of the tunnel.  From everything  I’ve seen and heard,  things have definitely turned around since the late 1900’s. Many have told me with confidence that  improvements to their daily lives are no longer wishful thinking, but are actually happening due to the government’s efforts and its better understanding of where the actual problems lie. It will take time, I’ve been told repeatedly. But it will happen.
On that positive note, I’ll sign off for this week’s edition as the lodge where I’m staying be shutting off power in the next few minutes.

NO RETURN TO THE COUNTRY’S CRIMINAL PAST PLEASE