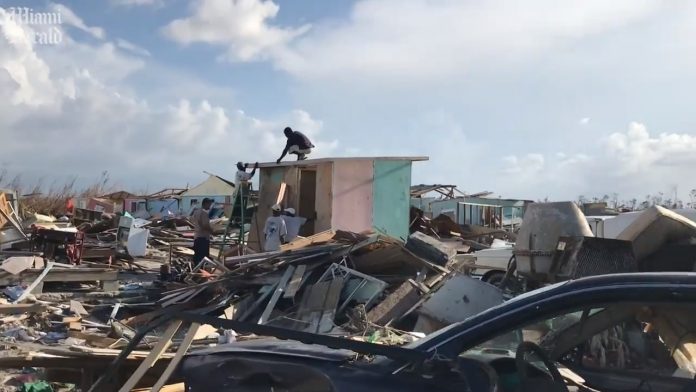 Many of the Haitians who were being housed in shelters on New Providence after Hurricane Dorian lived in shantytowns destroyed in Abaco. In the aftermath of the storm, the government had held off on the repatriation of undocumented migrants.

The Ministry of Foreign Affairs (MOFA) is defending the government’s decision to deport Haitian nationals in the weeks after Hurricane Dorian, insisting that it did so in accordance with international standards and Bahamian law.

The ministry rejected a call by a United Nations agency for The Bahamas to end deportations to Haiti for now, given the alleged mistreatment of Haitian migrants.

“The ministry wishes to inform that pre, during and post-Hurricane Dorian, The Bahamas government relaxed its immigration deportation and repatriation policies and procedures to ensure the safety, security and well being of all persons – irrespective of nationality – within its borders,” it said in a statement on Saturday.

“During the search and rescue phase of the humanitarian efforts, all displaced persons were carefully accommodated in safe abode, whether with family members or an authorized shelter, irrespective of their immigration status.”

It added, “All illegal migrants, irrespective of their origin,

The ministry’s statement was in response to recent comments made by the Office of the United Nations High Commissioner for Human Rights (OHCHR) regarding the treatment of Haitians in The Bahamas following the storm.

On October 11, the UN body said, “We call on the authorities to halt any further deportations to Haiti at the moment.”

It added, “We are concerned about the deportation of 112 Haitian migrants from The Bahamas to Haiti last Thursday, including people from the Abaco islands, which were badly hit by the destruction caused by Hurricane Dorian in September this year.

“We call on the government to refrain from deporting individuals who lack documentation without the individual assessments and due process guarantees to which they are entitled under international law.”

But the ministry said, “The government of The Bahamas wishes to assure that there was adherence to all due process; and the requisite procedures for proper documentation via captured biometrics were followed to determine every individual’s constitutional right to reside lawfully in the Commonwealth of The Bahamas.”

It said all individuals found in violation of the Immigration Act were “lawfully removed” from The Bahamas “in accordance with the requisite court orders”.

In recent weeks, the government has faced backlash after announcing its intention to enforce the immigration law and deport undocumented migrants, even those impacted by Hurricane Dorian.

In the immediate aftermath of the storm, the government announced that the repatriation of storm victims, who are undocumented migrants, was on hold.

The UN body expressed concern with the impact of the government’s public reversal of its “immigration enforcement activities.”

“This has led to panic among Haitians affected by Hurricane Dorian, and reports are emerging of people leaving temporary shelters for fear of arrest, and of people failing to avail themselves of necessary humanitarian services or going into hiding,” OHCHR noted.

However, the MOFA shot that down.

“The Bahamas resumed lawful implementation of its statute laws after careful analysis, at a time when it was deemed appropriately humane and necessary to do so,” it said.

“Contrary to what has been alleged by OHCHR, the government has received no reports of ‘people leaving temporary shelters for fear of arrest and or persons failing to avail themselves of necessary humanitarian services or fleeing into hiding.’

“The international community may rest assured, the government of the Commonwealth of The Bahamas is a country that adheres strictly to the rule of law both locally and internationally, especially with respect to the rights of every man, woman, and child in its jurisdiction.

“Any person entitled to be in The Bahamas legally will be accorded every fundamental right under its statute laws. Any person in violation of the Immigration Act will be dealt with in accordance with the statute laws of the Commonwealth of The Bahamas.”

Staff Reporter at The Nassau Guardian