The inclusive measures implemented by the Federal Ministry of Labour in St. Kitts and Nevis to enhance labour administration and strengthen industrial harmony have been praised by stakeholders as more than 80 persons from representing the tripartite parties – employers, workers, and the government – met at the Ocean Terrace Inn Thursday for the Third Annual National Conference on Labour.

The participants, supported by the Deputy Director of the ILO Caribbean Office, Lans Johansen, spent the day considering the “Future of Work” in St. Kitts and Nevis.

Labour administration is defined by the International Labour Organization (ILO) as public administration activities in the field of national labour policy.

“Our relationship with the Ministry of Labour and several other government departments has been quite outstanding and I commend the Ministry for … involving us in everything,” Andrew Satney, Executive Director of the St. Kitts and Nevis Chamber of Industry and Commerce, said.

The Chamber and workers’ representatives have made key contributions to the recent drafting of the Labour Code and review of the minimum wage.

The Chamber’s executive director stated that he was looking forward to the updating of labour-related legislation which will ensure that efficiencies in the workplace can lead to increases in productivity, allowing businesses to grow.

Sydney Bridgewater, President of the St. Kitts and Nevis Trades and Labour Union (SKNTLU), spoke on behalf of the workers as the head of the largest union in the federation.

“Indeed our union is pleased to have a seat [on] the Tripartite Committee, and at this stage we are looking forward to the continued work of helping to fine-tune the relevant details of the Labour Code document, which seeks to put forward the proper legislative framework that … is critically important for governing the labour industrial relationship between employers and employees,” he said.

ILO Official: Recent Conference Puts St Kitts and Nevis on the Right Track in Preparing for The Future of Work

Deputy Director of the ILO Caribbean Office, Lans Johansen said that St. Kitts and Nevis is giving “hope to the Caribbean, when it comes to preparing itself and moving forward in the future” as it relates to the national working landscape while speaking to a diverse audience at Government House on Thursday for a cocktail reception to toast the International Labour Organization (ILO) on its 100th anniversary.

“It’s an honour for us and for me personally to be here … on an occasion like this where the Government of St. Kitts-Nevis and social partners have come together to organize … activities to discuss labour and to honour the ILO on its 100th anniversary, and doing it, to a large extent, in the same way the ILO has done it, by discussing the future more than the past,” he said.

Johansen hailed the national conference, noting that it was “lively, engaging and interesting with rich debate” on issues, such as skills education and training; migration; education; construction; technology, and also on what it all means for St. Kitts and Nevis and the Caribbean as a whole.

Permanent Secretary in the Ministry of Labour, Social Security and Ecclesiastical Affairs, Ron Dublin-Collins led the toast on behalf of the government, thanking the ILO for its partnership over the years, particularly as it relates to its assistance in establishing the National Tripartite Committee; drafting a Labour Code, and reviewing the minimum wage. 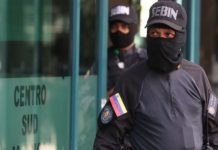