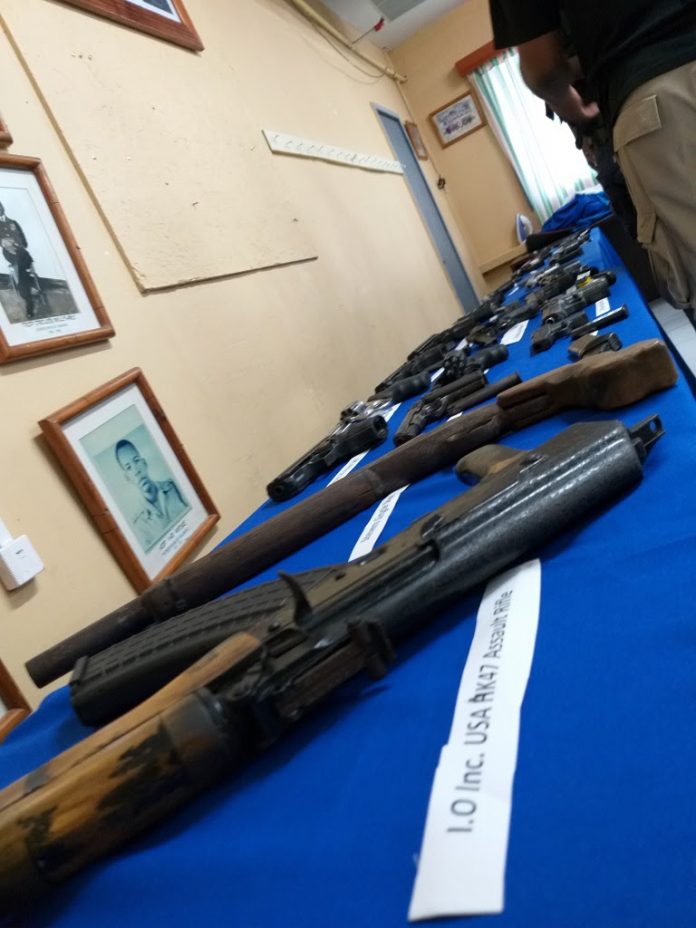 A total of 101 firearms and 3,000 rounds of ammunition were handed over to the authorities under the two-week gun amnesty, which ended last weekend, Prime Minister Andrew Holness has disclosed.

Holness reminded Jamaicans that the amnesty was introduced to give persons who may be in possession of an illegal or unregistered firearm, whether criminally or otherwise acquired, the last opportunity to avoid significant sentences enshrined in the Firearms (Prohibition, Restriction and Regulation) Act, 2022.

“It has surpassed my expectations, but there are still many more, thousands more illegal firearms in our country and not to mention illegal ammunition,” he told the House of Representatives.

He disclosed that a number of the firearms turned in came from individuals who have not licensed the weapons for several years or who may have inherited them and did not bother to get them regularized.

“The amnesty was necessary to give those persons an opportunity to dispose of these weapons without having to bear the consequences of the new penalties under the new Act,” Holness noted.

The prime minister reported that during the period of the amnesty, the security forces recovered 22 illegal firearms, noting that a 15-year-old was among those caught with illegal guns.

“That 15-year-old was in the company of a 23-year-old. These are some of the harsh consequences that the society has to face,” Holness said.

“Even though we all want to ensure that our young people are protected, the facts are that our young males, in particular, have been sucked into a gun culture. I am sorry for him, and I wished that he did not have to face this fate, but we have to put our feet down firmly.”