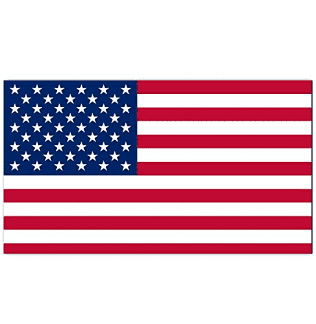 Story at a glance

Black political power was on full display over the last year as a record number of Black candidates ran up and down the ballot for both parties in the midterm elections.

Several of those candidates became the first Black Americans elected to their offices.

Here’s a look at a few of the Black Americans who made history this year.

Karine Jean-Pierre broke two glass ceilings with her appointment as the White House press secretary in May. Not only did she become the first Black woman to hold the position, she also became the first openly LGBTQ person to have the title.

“You can’t understate how huge this is, how important it’s going to be to so many people of color who have and are working so hard in the communications field to see a Black LGBTQ woman representing the president of the United States at the podium,” Democratic strategist Rodell Mollineau told The Hill in May.

Jean-Pierre previously worked on President Biden’s campaign and served as chief of staff for then-vice presidential nominee Kamala Harris. She was also a spokesperson for MoveOn, a progressive social justice organization, and an MSNBC commentator.

As press secretary, Jean-Pierre has faced questions about the Biden administration’s COVID-19 pandemic response, supply chain issues, the Russian-Ukrainian war and record inflation, among other topics.

Biden fulfilled a campaign promise to appoint a Black woman to the Supreme Court when he nominated Jackson to succeed Justice Stephen Breyer.

Jackson, a former public defender and former vice chair and commissioner on the United States Sentencing Commission, was confirmed in April in a 53-47 Senate vote. Harris, the first female and first Black vice president, presided over the vote.

Jackson was sworn in as the nation’s first Black female Supreme Court Justice on June 30 in what was a monumental moment, especially for Black women.

Since taking her oath, Jackson has been vocal in the court’s cases — with Insider reporting the new justice has spoken just over 11,000 words in the first eight oral arguments, more than any other justice. She cast her first vote as a justice in July and issued her first written opinion, a dissent, in November.

Democrat Wes Moore won Maryland’s gubernatorial election on Nov. 8 and will become the state’s first Black governor when he is sworn in. He will also become only the third Black governor ever elected in U.S. history.

An Army veteran, best-selling author and former CEO of one of the nation’s largest anti-poverty organizations, Moore beat out 10 other candidates in the Democratic primary in July.

“It’s humbling because I know the history of this state and I understand how completely improbable this journey is,” Moore told The Grio’s April Ryan after his election.

Rep. Hakeem Jeffries (D-N.Y.) was elected in November to lead House Democrats, becoming the first Black politician to lead either party in Congress.

Jeffries succeeds Rep. Nancy Pelosi (D-Calif.), 82, as the leader of House Democrats. It’s not just a cultural shift but a generational shift for House Democrats, as Jeffries is 52 years old.

“Together, this new generation of leaders reflects the vibrancy and diversity of our great nation — and they will reinvigorate our caucus with their new energy, ideas and perspective,” Pelosi said after Jeffries’s election.

His election has also been praised by members of the Congressional Black Caucus, who endorsed Jeffries in late November in a tweet that highlighted his accomplishments over the past five congressional terms.

Jeffries has a history of supporting social and economic justice legislation, including tackling policing and racial injustice.

While not officially sworn in yet, Frost has already made headlines. Not only is he now the first member of Gen Z in the House, but he is also the first Afro Cuban member of Congress.

He recently shared that he was denied an apartment in Washington, D.C., because of “really bad” credit. He’s a self-described organizer and musician and a member of what he calls the “mass shooting generation.”

These issues have become the backbone of his political platform. He spent the summer after the murder of George Floyd protesting police brutality, uses his social media to speak out on housing inequities and consistently promotes universal health care.

“Our generation has been through some of the modern challenges our country is going through, yet we don’t have representation in Congress, and we deserve to be at the table,” Frost told CNN before the election.

“I’m not here saying I represent the values and thoughts of every single member of Gen Z,” he added. “We’re like any other generation … many different ideologies and everything like that. But I think I do holistically represent our lived experience as young people.”

Since its founding 386 years ago, Harvard University had never had a Black president. That changed this year when Claudine Gay was selected as the Ivy League school’s 30th president.

Gay, the daughter of Haitian immigrants, received her bachelor’s degree from Stanford University in 1992 and her Ph.D. from Harvard in 1998.

She has been a professor of government and of African and African American studies at Harvard since 2006. Since 2018, Gay has served as the Edgerley Family Dean of Harvard’s Faculty of Arts and Sciences.

Now 52, Gay will take office in July. She will become only the second woman in the school’s history to hold the title.

“Today, we are in a moment of remarkable and accelerating change — socially, politically, economically, and technologically,” Gay said after her selection as Harvard’s president was announced. “So many fundamental assumptions about how the world works and how we should relate to one another are being tested.”

“There is an urgency for Harvard to be engaged with the world and to bring bold, brave, pioneering thinking to our greatest challenges,” she added.

WNBA star Brittney Griner made history this year, though not for breaking through a glass ceiling.

Instead, the Phoenix Mercury center was arrested and held prisoner in Russia for 10 months. Her detainment ignited complicated discussions surrounding race, sexuality and equal pay.

Griner was detained in Russia for traveling with vape cartridges that allegedly included less than a gram of cannabis oil. She was seen as a political prisoner and was only released after the Biden administration agreed to free a notorious arms dealer.

Questions about whether Griner would be treated poorly because of her gender, race and sexuality were a constant fear as her advocates lobbied the Biden administration to secure her freedom.

The saga also raised questions about equality, as Griner was in Russia to earn additional income as a pro basketball player. WNBA salaries max out at $500,000 — much less than NBA salaries. The league average salary is much less — a little more than $100,000, per NBC News.

Many Black women felt a sense of kinship to Griner, and across the country they banded together to secure Griner’s freedom. Groups of Black women sent letters demanding Biden negotiate the freedom of an American who voted for him in 2020 — and to show he truly prioritized the concerns of a demographic that helped win him the White House.

Since her return, Griner and her wife, Cherelle Griner, have become advocates for others wrongfully detained by Moscow and have encouraged their own fans and supporters to join them in this advocacy. Both have stated support for securing the freedom of Americans like Paul Whelan, a former U.S. Marine still detained in Russia.

“There remain too many families with loved ones wrongfully detained,” Brittney Griner wrote in a letter posted to her Instagram. “Those families stood alongside you and all who supported the WeAreBG Campaign to bring me home and it’s our turn to support them. I hope you’ll join me in writing to Paul Whelan and continuing to advocate for other Americans to be rescued and returned to their families.”