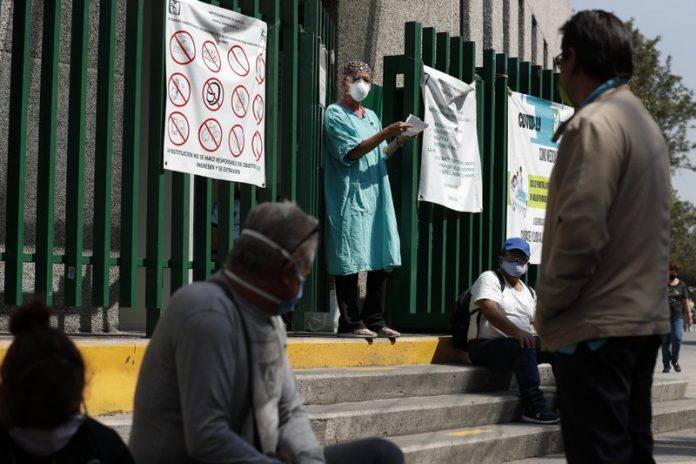 A hospital worker calls out a name from the gate, as relatives of hospitalized patients wait outside in hopes of receiving news of their loved ones, at a public hospital in the Iztapalapa district of Mexico City.

MEXICO CITY (AP) — The death toll from the novel coronavirus among medical personnel in Mexico has reached 111, and the virus has infected between 8,500 and 15,000 hospital staffers, officials said Monday.

There are 8,544 confirmed COVID-19 cases among health professionals in Mexico, and another 6,747 suspected cases, many of which are awaiting test results.

The country’s total coronavirus case load has increased to 36,327 cases, with 3,573 deaths, though officials have acknowledged the true number is probably much higher.

Some cities in Mexico have seen a lot of cases but are tapering off. Others like Mexico City appear to be at their peak. And still other cities have not seen many cases at all.

For that reason, López-Gatell said the plan for a partial re-opening of Mexico expected later this week would be different in each region, noting “it no longer makes sense to have a safe-distancing policy on a national level.”