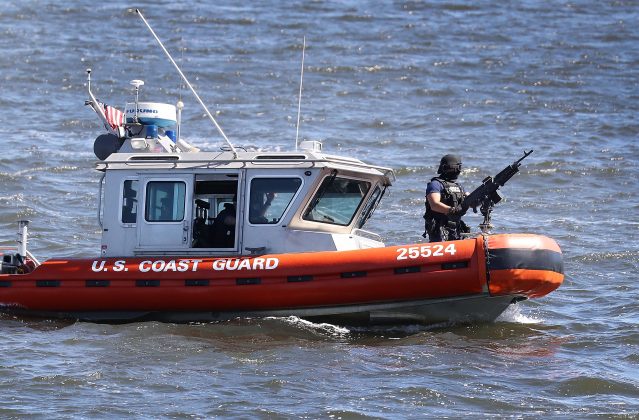 Authorities found 13 undocumented Haitian migrants connected to the suspected smuggling vessel. One of the migrants was found dead and floating in the water nearby, according to WPFB. It’s not yet clear how or when he died.

The vessel was first spotted on Wednesday near midnight. It appeared 40 yards offshore near the Jupiter Reef Club, an oceanfront property, WPTV reported.

The boat remains on Jupiter Beach, according to WPEC. The beach is located 16 miles north of Palm Beach, a popular vacation destination. The Palm Beach County Sheriff’s Office, CBP, Jupiter police and the Department of Homeland Security are all investigating.

The incident marks the second time this month and the fifth time this year that authorities have discovered a vessel smuggling Haitian migrants in Florida.

On May 3, CBP officials arrested 29 Haitians whose vessel landed near Hallandale Beach, a beach 15 miles north of Miami Beach. That incident involved a 45-foot sport-fishing vessel that made a distress call to the U.S. Coast Guard as it ran aground. The vessel began leaking diesel fuel into the ocean. It was later removed from the beach and seized by authorities, according to The Palm Beach Post.

On March 25, police apprehended 25 migrants who came ashore near South Palm Beach just after midnight. The group had five children including two 9-year-old girls, an infant boy, a 17-year-old boy and a 2-year-old girl, the Post reported.

On March 3, authorities apprehended 25 Haitian migrants after their vessel began sinking 30 miles offshore. The group included nine men, nine women and seven children, the Post reported. The vessel used its onboard radio to call for help, but it lacked any other lifesaving equipment, authorities said.

On January 21, a group of 19 Haitians—including men, women and children—landed near the Boynton Beach waterfront park. The boat carrying the migrants departed soon after dropping its passengers on the beach. Authorities apprehended the migrants.

Haitians have increasingly migrated to the U.S. as well as other Caribbean and South and Central American countries, according to the Migration Policy Institute (MPI). Political instability, widespread poverty and natural disasters have prompted the migration.