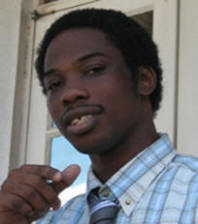 By Floyd French and Steve Thomas

(Basseterre, St. Kitts) – Wycliffe “Wicked” Liburd is in custody and will be charged in the gun murder of Charles Matthew, according to police

According to a report from the Royal St. Kitts-Nevis Police, officers “responded to a report of shooting at the junction of Cunningham Street and Shaw Avenue. On arrival they [found] 32-year-old Charles Benjamin Matthew alias ‘Abaloo’ of Cunningham Street lying face down on the ground. The district medical doctor visited the scene and pronounced him dead.”

Mr. Matthew’s mother offered her reaction to the murder.

“I keep wondering why it happened to me.  I know that I’m not superior but there is still a gap, an empty feeling waiting for answers.  There will be no final closure to such a senseless tragedy, which has caused family and friends to suffer unnecessarily.  I know this is the work of the Lord because man’s hearts plan their way but the Lord directs their steps.  I expect justice will be served, I believe in the law of this land.”  Mary Matthew said. Mr. Matthew was the seventh homicide victim of 2008 in the Federation.

Bishu Isaac has been charged in the stabbing death of

By Floyd French and Steve Thomas

(Basseterre, St. Kitts) – A Share Lane resident has been charged in the April 18 stabbing murder that occurred approximately eight hours after a shooting death on St. Kitts.

Bishu Isaac surrendered to police on April 19 and on April 22 was charged in the murder of Tau Gowan, 26.

According to a release from the Royal St. Kitts-Nevis Police, “An autopsy was performed on the body of Mr. Gowan by resident pathologist Dr. Debrock and he reported the cause of death to be due to hemopericardium (blood in the pericardial sac) and cardiac shock. At about 8 p.m. on April 18, 2008, police responded to a report of a stabbing at the junction on Market and Central Streets. Upon arriving they [found] Tau Gowan of Delisle Garden lying on his back with a wound to the chest. The district medical officer visited the scene shortly there after and pronounced him dead.