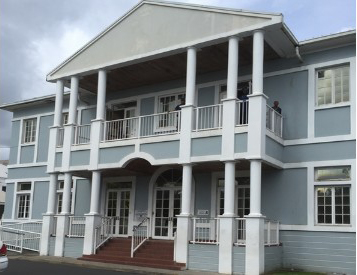 The High Court in St. Kitts and Nevis struck down the Constituency Boundaries Report of 2015 brought to the National Assembly by the Denzil Douglas Administration with Judge Justice Trevor Warde labelling them “null and void and of no effect.”

In 2015 the then Labour Administration led by Dr Denzil Douglas held an emergency sitting of parliament to rush through boundary changes in Parliament ahead of the 2015 general elections.

The bill was passed and on that same evening, the house was dissolved for a general election. The Leader of the Opposition Mark Brantley fought the new boundaries proclamation in court all the way to the Privy Council where they were successful in getting a suspension of those boundaries one week before the elections.

Justice Warde gave a judgement on the matter on Wednesday in the case brought about by the then Leader of the Opposition Mark Brantley.

The Judge accepted the claimants’ submission that the facts relayed above give rise to the irresistible inference that there was a deliberate plan by the executive branch of government.

“In the control of the then governing party, to rush the Report through the Assembly, dissolve Parliament and have the proclamation published before the Opposition was able to approach the Court to challenge the lawfulness of the Commission’s decision.  No evidence has been adduced to rebut displace or in any way attenuate this inference. It has been said that “in our legal system generally the silence of one party in face of the other party’s evidence may convert that evidence into proof in relation to matters which are, or are likely to be, within the knowledge of the silent party am about which that party could be expected to give evidence. Thus, depending on the circumstances, a prima facie case may become a strong or even an overwhelming case.”

Justice Warde said it led to a consideration of the constitutionality of a deliberate attempt to deprive the claimants of their right to access the courts.

“ The Privy Council has articulated what the consequences are should the facts be as I have found them. At paragraph 32 the Board stated: “In the Board’s view there is at least a strongly arguable case that a deliberate attempt by one branch of government, in the control of a governing party, to prevent individuals from obtaining access to the High Court for a constitutional adjudication under section 96 would be unconstitutional as it would deny the protections of the law contrary to section 3(a). In such circumstances, it is strongly arguable that section 2 would nullify the impugned proclamation and section 50(7) would not apply.

“In any event, on the ordinary principles of judicial review, it is arguable that the making of the Impugned Boundaries Proclamation would be open to challenge, notwithstanding the ouster clause, if the power to do so were exercised for an improper purpose: Padfield v Minister of Agriculture, Fisheries and Food [1968] AC 997 and Anisminic Ltd v Foreign Compensation.”

He said to seek to deny the claimants access to the High Court for a constitutional adjudication under section 96 would be unconstitutional.

“This is not within the four walls of the Constitution as the Prime Minister was ill-advised; it is a dear violation of the right of access to the courts guaranteed by section 3(a) of the Constitution. In these circumstances, the ouster clause in section 50 (7) would have no application.”