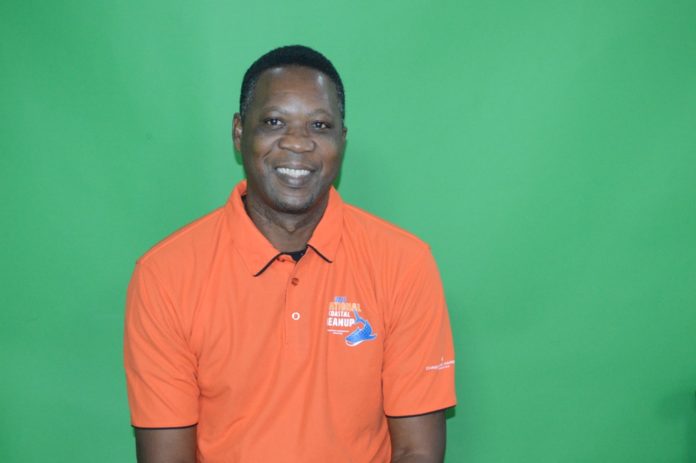 Basseterre, St. Kitts – Some 260 volunteers from secondary and tertiary institutions in St. Kitts, as well as from the public and private sectors, will take to the beaches Friday to participate in the 2017 National Coastal Cleanup.

The Department of Environment has hosted the Coastal Cleanup annually for more than 10 years in an effort to bring awareness about the consequences and issues related to litter and marine debris. It is part of a wider international event hosted every September by Ocean Conservancy, an international organization based in Washington D.C. However, the national event, which is slated annually for the last Friday in September, was rescheduled due to the passage of hurricanes Irma and Maria.

Sylvester Belle, senior conservation officer in the Department of Environment and the National Coastal Cleanup coordinator, said that high school and Clarence Fitzroy Bryant College (CFBC) students are often primarily recruited as volunteer members as a way of assisting them with their studies.

“These are students who are undertaking studies in geography and environmental science, so we target them and we try to get them on board,” said Belle. “Most of these students are doing research and… the data generated through the cleanup provide a lot of information that they can use for their research projects or theses.”

He explained that the 2017 National Coastal Cleanup will be centred mostly on the beaches on the Atlantic side of the island, more specifically between Hermitage Cayon and North Frigate Bay.

“On the Caribbean side, most of these beaches have a lot of activities and they are used by vendors and other[s], so they are kept clean through that effort. But on the Atlantic side, there isn’t much activity taking place and a lot of debris from the ocean washes onto these beaches or is left there by [people] who use [the beaches] for other purposes,” Belle said.

He added that the coastlines are extremely valuable to the nation’s sustainability, particularly for Small Island Developing States (SIDS). “We can look at our coastal areas from an economic perspective,” he said. “When tourists come to our shores, we promote our country as sand and sea. People expect to come and find pristine beaches and marine areas that they can go to and do recreational activities. As a [SIDS], we are surrounded by water and our coastal areas are a barrier to some of our sensitive infrastructure. If they are damaged or otherwise affected, they would not be able to provide protection for our internal infrastructure such as roads and housing.  So, it is important for economic sustainability, as well as environmental sustainability.”

He further added that a lot of the federation’s “sensitive ecosystems such as fish breeding sites are along the coastal areas” and should be protected at all cost. He made reference to the recent hurricanes, noting that many of St. Kitts and Nevis’ coastlines were destroyed and so “you can see the trickling effects on other sensitive areas such as the economy, fishing and habitats for species.”

Belle encouraged those interested in participating in this year’s coastal cleanup to contact the department at any time at 1-869-466-8535. The primary sponsors for the event are the Christophe Harbour Foundation; St. Kitts Marriott Resort; Koscab St. Kitts Limited, formerly the St. Kitts Bottling Company; and Ross University School of Veterinary Medicine. 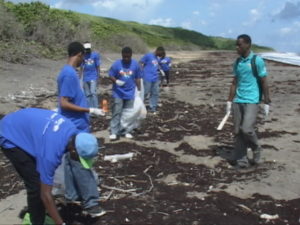