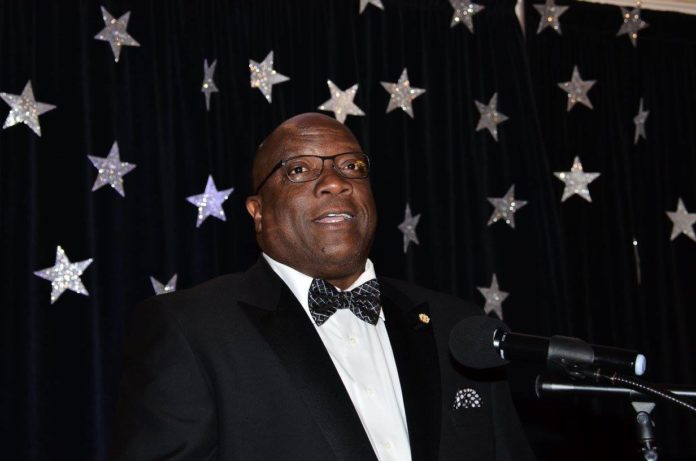 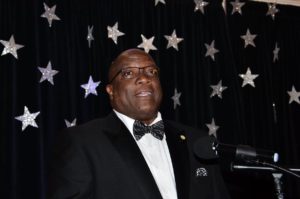 The following is the unedited content of the addresses given during the Jan. 6 gala:

I wish to adopt the protocol that has already been established, except to acknowledge His Excellency the Governor-General…Prime Minister Dr. the Honourable Timothy Harris…and Special Guest Speaker Dr. Andy J. Redmond.

Tonight, I have the distinct honour and privilege to introduce Prime Minister Harris, with whom I have worked – as his Press Secretary – for one year and 10 months.  It has been an honour to serve my country and to work for a leader whom history will judge as one of the most skillful and accessible politicians that St. Kitts and Nevis has ever seen.

I was only nine days on the job when the realization hit me that Dr. the Honourable Timothy Harris is a special brand of politician – that is, he is a charismatic leader who not only can win elections, but, more importantly, he has won the boundless loyalty, devotion and respect of the people.

There, I met and got to know a lot of his constituents including a shy 40-year-old lady who said that the baby she was holding was the Prime Minister’s goddaughter.

Reminiscing about how she had gotten to know her Constituency Representative, the lady said, “He used to just come and sit down and talk to my grandmother.”   She added that her grandmother would always tell him ‘Do the good works!’  The lady went on to say about her grandmother, “She said she would always vote for him.  So she is always telling us do not turn our back on him.”

This cavalry of support for Dr. the Honourable Timothy Harris has been built up over many, many years.  After all, Prime Minister Harris has spent the past six consecutive terms – since 1993 – as the Parliamentary Representative for St. Christopher #7.

During that 25-year span, Dr. Harris has made an indelible impact on the communities he serves, starting from Belle Vue and stretching to Ottley’s Village.

The annual Constituency Number Seven Dr. the Honourable Timothy Harris Domino League, which holds the distinction of being the longest running domino league in St. Kitts-Nevis and I believe in the region, marked its 22nd year in 2017.  Impressively, 14 domino teams took part last year; 12 of them from Constituency #7 and the remaining two teams, Saddlers and Parsons, hailed from Constituency #6.  Indeed, the successful domino league has become a model for unity, signaling to the young people that deep, meaningful friendships can be forged while engaging in sports or any other organized effort, regardless of the level of competitiveness that is involved.

The Dr. the Honourable Timothy Harris Basketball League is also a fixture in St. Christopher #7, having celebrated its 14th year in 2017.  Again, it is another example of how Prime Minister Harris has enriched the lives of young people, providing them with avenues to develop not only skill and athletic prowess, but also lasting friendships that help them build tolerance, empathy and a sense of team spirit.

Perhaps the icing on the cake – that really showcases the Honourable Prime Minister’s commitment to and compassion for the community and its children – is the Annual Help-a-Child Program.  Prime Minister Harris is the founder of the 14-year-old scholarship program, and over the years he has enlisted a number of entities to support his philanthropic efforts.  Over the past 14 years, the Prime Minister and these partner businesses and individuals have helped a total of 503 primary school students who live in Constituency #7 and demonstrate financial need.  These students have each received five hundred dollar bursaries, resulting in more than two hundred and fifty-one thousand dollars being awarded to date.

Each year, award candidates are identified with the assistance of teachers and principals, who say the bursaries make a noticeable difference in students’ lives and are a good investment in them.

These are the same sentiments that Ms. Katherina Davis expressed at the 2017 Help-a-Child Award Ceremony last November.  At the time, she was the reigning Miss National Carnival Queen.

Many years ago, she was a Help-a-Child award recipient.  Katherina Davis went on to graduate from Cayon High School with 11 subjects then proceeded to the Clarence Fitzroy Bryant College.  Her future goal is to advance to the doctorate level of study, no doubt to emulate the academic achievements of her benefactor.

In 1988, Timothy Harris graduated from the Cave Hill Campus of the University of the West Indies (UWI) with a First Class Honours Degree in Accounting and won the coveted Victor Cooke Prize for Best Accounting Student. In 1992, he graduated from the St. Augustine Campus of UWI with a distinction in the Master’s Degree Management Studies Program.

Dr. the Honourable Timothy Harris was sworn in as St. Kitts and Nevis’ third Prime Minister on Wednesday, February 18th, 2015 after leading the three-party Team Unity coalition to a resounding victory at the polls two days earlier.

He has amassed a remarkable track record as Prime Minister:

Ladies and Gentlemen, without further ado, it is my pleasure to call to the podium the man of the hour, the man of the era, the man who puts people first and his country above self, Prime Minister Dr. the Honourable Timothy Harris.

I must begin by extending best wishes to all of you for 2018.  From the perspective of my Government, 2018 will be a very good year for St. Kitts and Nevis.  Our economy will grow by better than 3.5 percent, bringing more jobs, higher incomes and many opportunities to our citizens and residents.  Several projects will be implemented by both public and private sectors early in 2018.

I envision a St. Kitts and Nevis where we stand by our commitments to make this small island state the best managed and the best organized state. There is a call to greatness reflected in our Constitution whose preamble acknowledges that the author of our faith is God. I suggest that we must pattern this faithfulness in our efforts at nation building.  This year, we will be celebrating our 35th Anniversary of Independence.

Optimism and virtue exude refreshingly from the prose of our National Anthem and in our Motto “Country Above Self.” Country Above Self is a work in progress.  It is a journey rather than a destination. It is a reminder of the higher ideal that beckons us as a people to come together, work together and to stick together no matter what, for the good of our Country.  We are reminded of that goodness at Psalms 133, “Behold, how good and how pleasant it is for brethren to dwell together in Unity.”

It was the outward stretch to a new agenda of Unity and nation building. It has led to a Government of National Unity, which has put every one of its constituent entities in its best position since 1995.  It has led to a government more reflective of the Country in its composition and aspirations than at other time.  More than ever before, we can speak to a government in service to all the people.  We give a fair chance for all to succeed irrespective of race, creed, class, politics, religion, etc.

Team Unity has delivered the best chance yet for advancement of Nevis in a Federal entity than at any other time. For the very first time, an incumbent Nevis Island Administration could make the case for re-election on the outstanding support of the Federal Government and for the role of the SIDF.

We need to ensure peace, stability and growth in our Country. We take these imperatives for granted, but they are the blessings of good leadership.

Let me thank the people of St. Kitts and Nevis for their faith, hope and optimism.  We welcome investors to our Country and we will work well with them to achieve a win-win situation for our Country.  We offer generous tax incentives.  We respect property rights and we encourage social responsibility.

Word to my Constituents

My Constituents are a very special people.  I have enjoyed a genuine love affair with them from the very beginning in 1993 and we have had an inseparable relationship over the years.  For your reliability, prayers and love, I say thank you to the people of St Christopher #7.  May God Bless you.

Word to my Family

Family has given me incredibly reliable support.  To them, I place on public record my deepest love and gratitude.

Word to my Cabinet Colleagues

“The steadfast love of the Lord never ceases; his mercies never come to an end, they are new every morning, great is your faithfulness.” Lamentations 3:22-23.  We could not have the third Prime Minister’s Gala had our Cabinet not stuck together, worked together and delivered sufficiently to the people.  For the great partnership and fellowship and the opportunity to lead, I say thank you.

To all our citizens, well wishers, and residents, thank you for being active contributors to St. Kitts and Nevis and for your help to me personally.

It has been an honour to serve. For me it’s an inspiration to recall how we as a Team mobilized thousands around an idea whose time had come for action. That idea was Unity. From this, we must never recoil. It was the source of our success.  We cannot retreat to the unsuccessful formula of colloquial politics that does not serve the interest of our people.

I am inspired by our many successes, the hope and optimism pervading the land, the idea that we are trendsetters in how Unity works. We are a government for all the people – the investor, the employee, the national and non-nationals, the old and the young.

We are a government that is for good governance and prosperity.  Let us bring our creativity, ingenuity, industry and abiding loyalty to bear on the development and growth of our Federation of St. Kitts and Nevis.