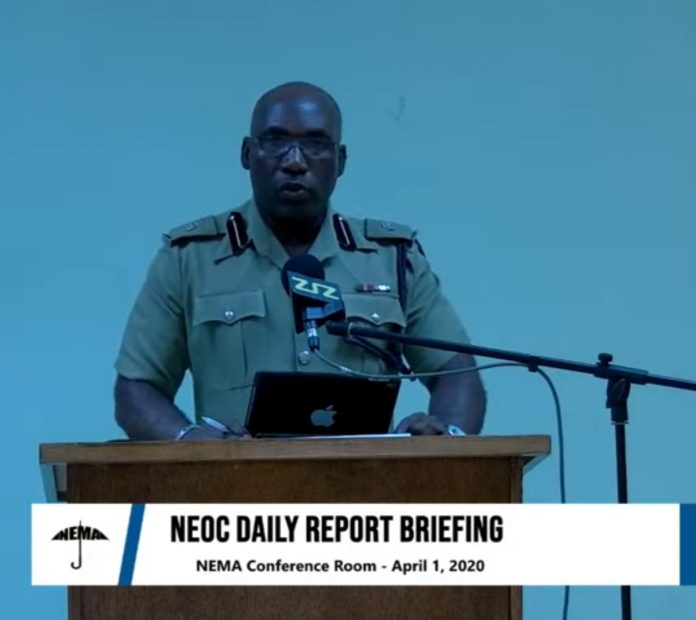 Arrests in relation to the 24-hour curfew are up to 29, Superintendent of Police Cromwell Henry has confirmed.

He said in the Dieppe Bay district there were nine arrests, Old Road district had two, the St. Peters Stapleton district had two, Nevis had four, Basseterre District saw nine and Cayon three. “The arrests are spread throughout the Federation and the numbers are low. That is an indication that the public is complying with the terms of the curfew. We continue to urge people to remain indoors and reminded the curfew continues until Wednesday 6:00am,” Henry said.

Henry noted of the 29 arrested six have been charged, the others have been informed they will be prosecuted and summoned.

He said that the police over the past six days of the 24-hour curfew have responded to 700 calls for assistance from the public that is an average of about 115 per day.

He continued, “We have seen some of the effects of the lockdown and these take up a lot of our time. We want to urge people to be mindful of these things and be mindful of your neighbors and people around you and be considerate to them and to live peacefully.”

He hailed the children of the Nevis Academy who gave a touching tribute to the hardworking police officers and other essential workers.

He urged all to continue social distancing and support of the security forces. “Bear with us and observe the recommendations and hopefully we will all get through this together.”