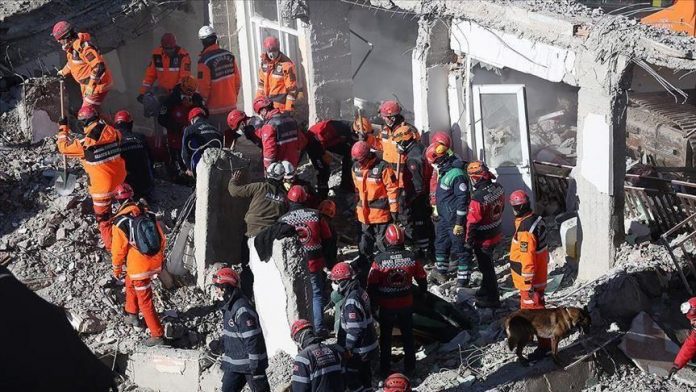 The death toll from a powerful earthquake in eastern Turkey has risen to 39, the country’s disaster relief agency said Monday.

The 6.8-magnitude quake shook the eastern Elazig province late on Friday. Tremors were also felt in neighboring countries including Syria and Georgia.

During a press statement with two other senior officials, Health Minister Fahrettin Koca told reporters that 86 injured were under intensive care at medical facilities.

Out of 1,607 injured people, 1,516 have been discharged from the hospital, while 45 people who were trapped under the debris of houses and buildings have been rescued, according to the Disaster and Emergency Management Authority (AFAD).

A total of 948 aftershocks were felt, it added.

AFAD said rescue work continues in the region with more than 3,800 personnel, hundreds of vehicles and 22 sniffer dogs.