“Legal rights for women are both the right thing to do and good from an economic perspective. When women can move more freely, work outside the home and manage assets, they are more likely to join the workforce and help strengthen their country’s economies,” said World Bank Group President David Malpass. “We stand ready to help until every woman can move through her life without facing legal barriers to her success.”

The areas of Workplace and Marriage saw many reforms, especially in the enactment of laws that protect women from violence. In the last two years, eight economies enacted legislation on domestic violence for the first time. Seven economies now have new legal protections against sexual harassment in employment.

Twelve economies improved their laws in the area of Pay, removing restrictions on the industries, jobs and hours that women can work. Globally, the most frequent reforms were in areas related to Parenthood, with 16 economies enacting positive changes. Reforms included expansion of the amount of paid maternity leave available to mothers, introduction of paid paternity leave and prohibition of dismissal of pregnant employees.

Achieving legal gender equality requires strong political will and a concerted effort by governments, civil society, and international organizations, among others. But legal and regulatory reforms can serve as an important catalyst to improve the lives of women as well as their families and communities.

“This study helps us understand where laws facilitate or hinder women’s economic participation. It has incentivized countries to undertake reforms that can eliminate gender imbalances,” said World Bank Group Chief Economist Pinelopi Koujianou Goldberg. “Achieving equality will take time, but it is encouraging that all regions have improved. We hope that this research will continue to serve as an important tool to inform policy making and level the playing field for women.”

The WBL index measures only formal laws and the regulations which govern a woman’s ability to work or own businesses– a country’s actual norms and practices are not captured. The global average score was 75.2, which improved slightly from 73.9 two years ago. Clearly, much more work remains as women in many countries have only a fraction of the legal rights of men, holding them back from opportunities for employment and entrepreneurship.

The eight areas covered by the index are structured around women’s interactions with the law through their careers: Mobility, Workplace, Pay, Marriage, Parenthood, Entrepreneurship, Assets, and Pension.

Reforms are urgently needed in the area of Parenthood, which scored just 53.9 on average. In almost half of economies that provide any form of paid maternity leave, the burden falls on the employer, making it more costly to hire women. But paid maternity leave can help to retain female employees, reducing turnover cost and improving productivity.  These longer-term benefits often outweigh the short-term costs to employers, according to the study.

Of the ten economies that improved the most, six are in the Middle East and North Africa, three are in Sub-Saharan Africa and one is in South Asia. While there was considerable progress, the Middle East and North Africa remains the region with the most room for improvement.  Eight countries now have a score of 100, with Canada joining Belgium, Denmark, France, Iceland, Latvia, Luxembourg and Sweden due to a recent reform in parental leave.

Advanced Economies: Advanced economies continue to make progress on the indicators. Of the 40 economies with scores above 90, 27 are OECD high-income economies. The Czech Republic and the United States reformed laws related to paternity and parental leave, giving parents more opportunity to share childcare responsibilities, while Italy and Slovenia equalized pension benefits between men and women.

Latin America and the Caribbean: Four economies made four reforms in four areas. Barbados enacted legislation on sexual harassment in the workplace. Peru and Paraguay received high scores in the 90s. Economies in this region made important strides toward lifting restrictions placed on women in the 1980s and 1990s, but the pace of reforms slowed over the past decade. 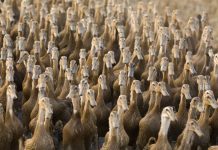 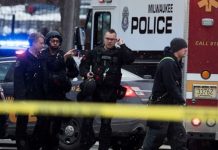 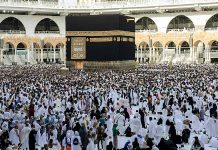