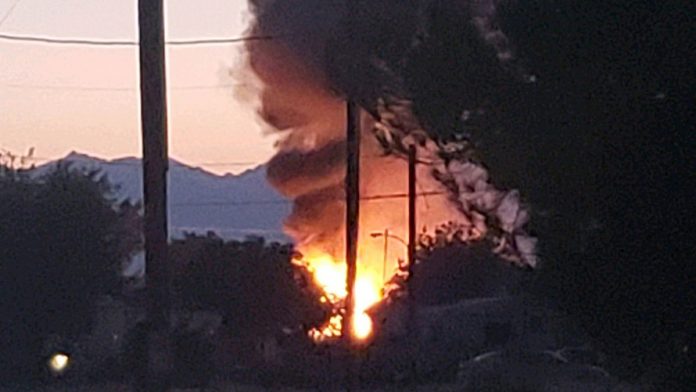 The quake, the strongest since 1999, caused fires, power outages and collapsed buildings, officials said. But, thanfully, no deaths or serious injuries.

The powerful quake struck around 8:20 p.m. local time and was centered near Ridgecrest, Calif., a community of 29,000 people on the eastern side of the Sierra Mountains where a 6.4 temblor had hit Thursday morning. The latest quake lasted about 30 seconds and was the strongest in Southern California in 20 years. A series of aftershocks followed.

In response to the Friday’s quake, Gov. Gavin Newsom formally requested a presidential emergency declaration for direct federal assistance for the impacted communities.

The governor also declared a state of emergency in San Bernardino County, where Trona, a community of about 1,800 people, is located.

The town, about 25 miles east of Ridgecrest, suffered significant damage and fires in Friday’s earthquake, according to state and local officials. The governor had previously declared a state of emergency for Kern County, where Ridgecrest resides, after Thursday’s quake.

Scientists fear more may be on the way.