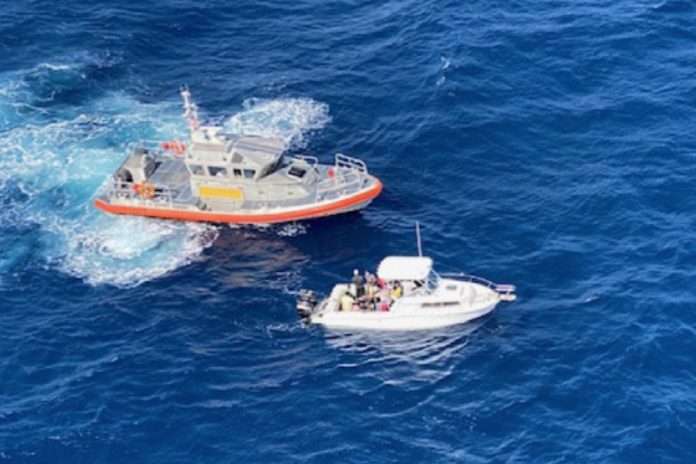 The United States has returned 10 Haitian migrants to the Dominican Republic after intercepting a boat in the Mona Passage waters near Mona Island, Puerto Rico, earlier this week.

It said the interdiction is the result of ongoing local and federal multi-agency efforts in support of the Caribbean Border Interagency Group (CBIG).

“You will be repatriated and returned to your country of origin or could even face possible prosecution. This is a dangerous and perilous voyage, and it is just not worth placing your life in the hands of smugglers who have no regard for your safety or well-being. These voyages most often take place in dangerous sea states, aboard grossly overloaded and unseaworthy vessels that have no lifesaving equipment.”

The Coast Guard said that during a routine patrol of the Mona Passage the crew of a US Customs and Border Protection (CBP) Marine Enforcement Aircraft detected a suspect illegal migrant vessel voyage about five nautical miles west of Mona Island, Puerto Rico.

The vessel was transporting nine men and three females, including two adult women and a 15-year-old minor, the US Coast Guard said.