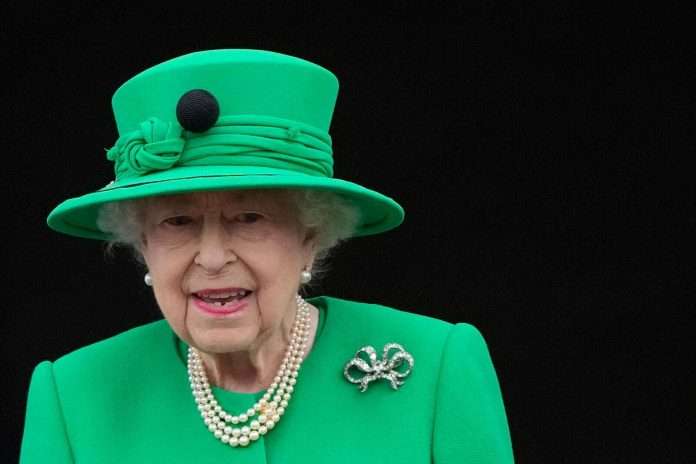 Leaders across the Caribbean are reacting to the death of Her Majesty, hailing her seven decades of service while offering sympathies to her family and the people of Britain.

Prime Minister of Jamaica, Andrew Holness described Queen Elizabeth’s reign as “transformative and inspiring”, and said that the nation was saddened by her passing.

“The world has lost a global matriarch, who was a steadying and constant force throughout many crises and periods of difficulty. Over the course of her 70-year reign, Queen Elizabeth II made an immense contribution to the world in public life and was a close friend of Jamaica. As the longest reigning British sovereign, Queen Elizabeth served with distinction, leading with dignity and grace,” Holness said.

He recalled the queen’s six visits to Jamaica, noting that she visited the island every decade until the early 2000s.

“Her Royal Tours saw her visiting Jamaica in 1953, 1966, 1975, 1983, 1994 and 2002, where she participated in Commonwealth Heads of Government Meetings, and many sittings of the Houses of Parliament on such occasions. Undoubtedly, she formed a special bond with the people of Jamaica during her reign, and her visits were met with warm welcome and an outpouring of affection,” he said.

Guyanese President Dr Mohammed Irfaan Ali, who also fondly recalled the queen’s visits to his country, said: “I join all Guyanese in expressing our profound and deepest sorrow at the death of Her Majesty, Queen Elizabeth II. Her passing marks the end of an era in the history of the British Monarchy, the United Kingdom, and the Commonwealth of Nations.

“Queen Elizabeth’s place in history is assured and her legacy is intact. Her long and impactful reign has helped to shape the post-World War II world. Her Majesty has been a source of stability for her country. She will be long remembered for her sterling leadership of the Commonwealth of Nations,” he added.

Dame Sandra Mason, President of Barbados, extended “sincere and heartfelt condolences to members of the royal family, and the people of the United Kingdom”.

“While her passing marks the end of an era, her reign will forever represent the kind of stoic determination our world has required of its leaders over the past century, but which, sadly, we have not always been able to witness,” Dame Sandra said in a video release. “And today, given the most precarious position facing the world and the threat that it poses to the well being of millions, we may all find a most valuable lesson in the strength of character and concern for humanity that was so much a feature of her 70 years on the British throne.”

Trinidad& Tobago Prime Minister Dr Keith Rowley meanwhile expressed condolences to the queen’s eldest son, the newly-crowned King Charles III, the other members of the royal family and to the Government and People of the United Kingdom on the passing of Her Majesty.

Rowley said Queen Elizabeth II left a lasting legacy for the people of the UK and the world, noting that her life was marked by her strong sense of duty and dedication.

He said that although Trinidad and Tobago gained its Independence and later became a Republic, the country recognises the late queen’s lasting legacy, particularly her selfless duty to the Commonwealth.

Antigua and Barbuda Prime Minister Gaston Browne hailed Her Majesty’s leadership of the Commonwealth of Nations as superb, stating that she was successful in joining the hands of the English-speaking states across continents and regions.

“Her Majesty’s life personified the simplest of qualities – tolerance and decency. Her ability to inspire and unite has been one of the many remarkable features of her life which we all admire,” Browne said.

Meanwhile, St Vincent and the Grenadines Prime Minister Ralph Gonsalves said the late queen was a “woman of dignity”.

“Her Majesty has had a long reign, a woman of dignity, a head of state who kept stability for the British in the United Kingdom and who as head of the Commonwealth particularly made important contributions towards the advancement of democracy and decolonisation of former British colonies,” he said.

“Upon being informed of Her Majesty’s death, I contacted our High Commissioner in London, the British High Commissioner to Barbados and St Vincent and the Grenadines and Eastern Caribbean, who’s currently in London to express to the Royal Family and to the British government our profound condolences and sadness at the passing of Her Majesty, Queen Elizabeth II”, Gonsalves added.

Premier David Burt of Bermuda, who was reportedly the first leader from the region, to send condolences on the passing of Queen Elizabeth II stated, “A life of undimmed duty, a model of strength and devotion to country…On behalf of the Government and people of Bermuda, I express sincere condolences to the Royal Family and the people of the United Kingdom.”

Grenada’s Governor General, Dame Cecile La Grenade, said she was deeply saddened at the news of the queen’s passing and said she will remember Her Majesty “with great fondness and admiration”.

“Today we mourn the loss of this great enduring Monarch who served her country and the Commonwealth with incomparable devotion for more than 70 years,” she said, adding “Although she will be greatly missed, her legacy of leadership and exemplary service shall live on indelibly.”

Meanwhile, Bahamas Prime Minister Philip Brave Davis, in responding to the queen’s death, ordered national flags to be flown at half-staff and to be lowered again during an official period of mourning.

“It is with deep regret and sadness that we learned of the passing of Her Majesty Queen Elizabeth II. On behalf of the Government and People of The Commonwealth of The Bahamas, we offer our sincere condolences to The Members of the Royal Family,” he tweeted.

Prime Minister of Dominica, Roosevelt Skerrit extended “deepest condolences” to the government and people of the United Kingdom over the death of Her Majesty.