Choksi, who had moved citizenship to Antigua and Barbuda after a multi-crore Punjab National Bank scam came to light, was arrested in Dominica after he jumped islands in the Carribean.

In an extradition hearing, Choksi’s lawyers had alleged that he was abducted and taken to Dominica by “policemen looking Antiguan and Indian”.

Browne said that if the claims are true, then it is a serious matter. He said police are taking the complaint seriously, the report said.

“Choksi has filed a complaint with the Royal Police Force of Antigua and Barbuda to the extent that he was abducted. He made a formal claim through his attorneys that he was abducted from Antigua and taken to Dominica so it is a report that police is taking seriously and they are currently investigating the abduction,” Browne said.

“Choksi’s lawyers have written to the police commissioner providing the names of the people he believes abducted him,” said Browne.

Antigua and Barbuda prefers that fugitive diamantaire Mehul Choksi be directly repatriated to India from Dominica.

The cabinet minutes published by the local media showed that “Choksi matter” was one of the agenda items discussed during the meeting on Wednesday. It was held that the business was now the “problem” of Dominica and if he were to come back to Antigua and Barbuda, the “problem reverts” to it.

The meeting chaired by Prime Minister Gaston Browne and attended by all his ministers decided that law enforcement officials would continue to gather intelligence on the circumstances of Choksi’s “departure” from Antigua, said media outlet Antigua Breaking News. “The preference of the Cabinet of Antigua and Barbuda is for Choksi to be repatriated to India from Dominica,” the cabinet minutes said.

Later, speaking to media, Information Minister Melford Nicholas also said the government prefers that pending cases before Antiguan courts related to the revocation of Choksi’s citizenship and his extradition to India be heard much sooner in the light of developments in Dominica and expedited, AntiguaNewsroom reported. 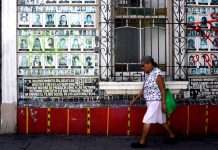