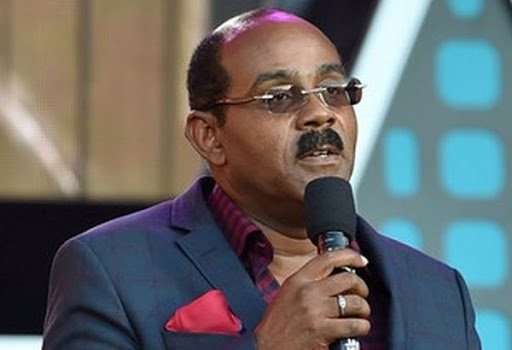 - Advertisement -
Antigua and Barbuda Prime Minister Gaston Browne has hit out at last week’s announcement by the US that it is sending four million doses of the AstraZeneca vaccine to Mexico and Canada- and omitting the Caribbean.

Mexico is set to receive 2.5m doses and Canada1.5m doses by way of “loans” in the US’s first export of shots.

Browne expressed his disappointment to radio listeners on Saturday saying, “a week before that announcement was made, we did say to Canada and the United States that they should assist the Caribbean region. They are like our bigger brothers and you know when you have a crisis like this, you have to be your brother’s keeper and your sister’s protector and I cannot see how they can be making these policy decisions to assist Canada and Mexico and leave the Caribbean out”.

He continued, “In fact, I find it astonishing that Caribbean countries have been left now to shop for vaccines out of Russia, China and elsewhere and our big brother to the north has vaccines that they are willing to donate and you’re not including your ‘third border’.”

Browne previously wrote to US President Joe Biden lobbying for a donation of vaccines to Caricom countries, but it appears that he is yet to receive a response.

Meanwhile the local Pharmaceutical Council has approved the importation of two more vaccines into Antigua and Barbuda, namely the Chinese vaccine, Sinopharm, and the Russian vaccine, Sputnik V.

Browne reiterated this over the weekend. “We have written to the Pharmacy Council to ask them for the approval to import the Sputnik vaccine for sure, and the Chinese vaccine Sinopharm,” he said.

“We have gotten approval for the importation of the two vaccines, so we are making attempts to get in those vaccines as soon as possible.”

He explained that when these jabs gain approval from international bodies such as the World Health Organization they will be nabbed by wealthier nations.

In fact, Browne shared that a Russian official had told the government via Zoom that, “based on the increase now in the amount of emergency authorisations that they have, and the orders they have had, they cannot guarantee what amount, even though we know we will get some Sputnik, but it is now in high demand.”

The Prime Minister said Sputnik’s high demand is due to its effectiveness in preventing Covid-19 infections.

“The Sputnik vaccine ranks with the Pfizer and the Moderna; it has a 93 percent efficacy, so it is a really good vaccine using the old vaccine technology,” he stated.

He said that Sputnik has even got excellent reviews from some of the world’s most respected medical journals.

But the government is still hoping to receive more AstraZeneca vaccines, he added.

Russia’s first approved vaccine was developed and produced entirely domestically – and has a name intentionally invoking the space race of the 1950s. As the world’s first registered vaccine against Covid-19, it is said to have shown an efficacy rate of more than 90 percent.