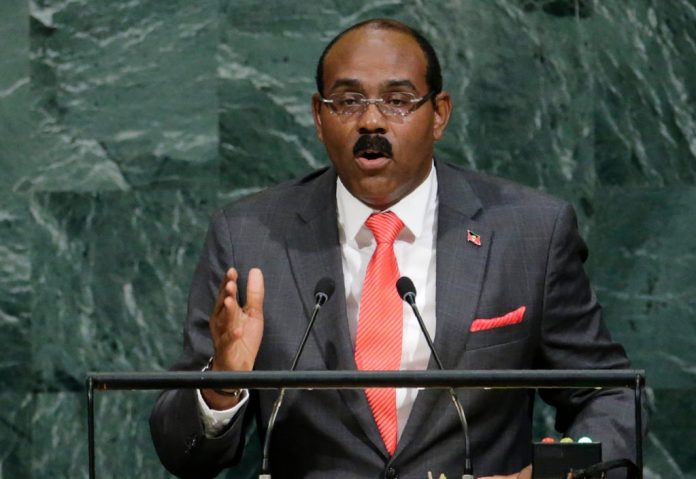 More than 200 years ago, a wealthy Antiguan plantation owner helped found Harvard Law School with riches made from slavery. Now the prime minister of Antigua and Barbuda is seeking reparations from Harvard to finance the nation’s own public university campus.

Prime Minister Gaston Browne made the request in a letter dated Oct. 30, arguing that the law school would not exist without the labor of his country’s people and that the university owed amends to his citizens.

“Reparation from Harvard would compensate for its development on the backs of our people,” Mr. Browne wrote. “Reparation is not aid; it is not a gift; it is compensation to correct the injustices of the past and restore equity. Harvard should be in the forefront of this effort.”

The Antiguan prime minister’s push is only the latest example of a broader effort to elicit compensation and address historical ties to slavery at major universities in the United States in recent years. This fall, Princeton Theological Seminary and Virginia Theological Seminary created reparations funds, while Georgetown said last week that it would create a fund to benefit the descendants of enslaved people who were sold by the school.

The prime minister’s request was earlier reported by the Miami Herald and Harvard Crimson. Mr. Browne said he was inspired to to write a personal letter to Mr. Bacow last week after seeing responses from other universities.

Harvard’s president, Lawrence S. Bacow, responded in a letter on Tuesday, saying that “we recognize that there is more work to be done.” Mr. Bacow’s predecessor, Drew Gilpin Faust, has stated that Harvard had been “directly complicit” in slavery, and supported a student-generated report on the university’s connections with slavery, which was released in 2011. Mr. Bacow wrote that the university had taken action to recognize the slave labor that built the wealth of the Antiguan sugar plantation owner, Isaac Royall Jr.

In 2016, students campaigned to remove the law school’s official seal, which featured his family crest, and the university dropped its use in response. The next year, Harvard Law School installed a memorial honoring the people enslaved by Mr. Royall.

The large stone plaque says it honors “the enslaved whose labor created wealth that made possible the founding of Harvard Law School.” It also says, “May we pursue the highest ideals of law and justice in their memory.

“These were significant steps for our entire community,” Mr. Bacow wrote in his letter to Mr. Browne. “Harvard is determined to take additional steps to explore this institution’s historical relationship with slavery and the challenging moral questions that arise when confronting past injustices and their legacies.”

Mr. Bacow’s words did not appear to mollify the prime minister, however, who told the Miami Herald on Tuesday that “if they fail to engage meaningfully, we will be forced to pursue all legal remedies available to us.”

Previous letters to Harvard, Mr. Browne said, sought funds for education. In a letter dated last November, the country’s ambassador to Washington asked that contributions be sent to a new campus of the University of West Indies.

Countries in the Caribbean have been pursuing damages from former colonial powers Britain, France and the Netherlands for profiting from slavery and the slave trade. Britain transported more than three million Africans across the Atlantic, and in 1833 it freed all slaves throughout its empire, offering compensation to their owners — but not to the slaves themselves.

Mr. Browne said publicly at a symposium last month that reparations from European countries were the best way for the colonizers to make amends for the wrongs they had committed. He said that the Europeans used a brutal and extractive economic model to control the region as a zone of wealth to fund their own development.

Antigua and Barbuda, twin islands in the Caribbean, declared independence from the United Kingdom in 1981. In 2017, Hurricanes Irma and Maria devastated Barbuda and led to the evacuation of Antigua. The storms battered the economy, which depends largely on tourism. The country’s annual G.D.P. is about $1.5 billion, while Harvard’s annual budget is $5 billion.

In 2017, Harvard hosted a major public conference exploring the long-neglected connections between universities and slavery. During that conference, Daniel R. Coquillette, co-author of a history of Harvard Law School, recounted how Mr. Royall helped brutally put down a slave rebellion on Antigua during which dozens were drawn and quartered or burned at the stake.

Last month, Princeton Theological Seminary announced it would spend $27 million on scholarships and other initiatives to make amends for its ties to slavery.

In September, Virginia Theological Seminary, which relied on enslaved laborers, created a $1.7 million reparations fund. And last week, Georgetown University announced that it would raise about $400,000 a year to benefit the descendants of the 272 enslaved people who were sold to help keep the college afloat nearly 200 years ago.