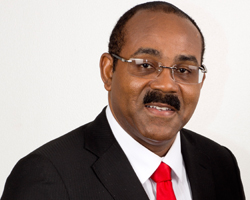 Prime Minister Gaston Browne has continued his advocacy for financial assistance to the OECS sub-region, calling on the United Nations (UN) to increase the financial target in its funding appeal.

Last Wednesday, United Nations Resident Coordinator, Didier Trebucq, and the UN Sub-regional Team for Barbados and the OECS, launched a joint Covid-19 Multi-sectoral Response Plan (MRP) and a US$29.7 million fund appeal to help mitigate the staggering socio-economic impacts of the pandemic on Eastern Caribbean states.

In a release, the UN noted that Browne welcomed the funding appeal, “but hoped for the target to be increased significantly to more adequately meet the region’s post-Covid-19 stabilisation needs.”

During the digital launch event, the Prime Minister also called on the UN to support Antigua and Barbuda’s request to the Paris Club for debt forgiveness of over US$100 million.

He added, “forcing us to carry high debt loads and then to find monies to stimulate and to stabilise, [will mean] we are not going to be able to achieve the SDGs [Sustainable Development Goals].”

The launch was co-hosted by UN Under-Secretary-General and UN High Representative for the Least Developed Countries, Landlocked Developing Countries and Small Island Developing States (UN-OHRLLS), Fekitamoeloa Katoa Utoikamanu, with interventions from Browne, plus the Prime Minister of Saint Lucia, and the Minister of Foreign Affairs and Foreign Trade of Barbados.