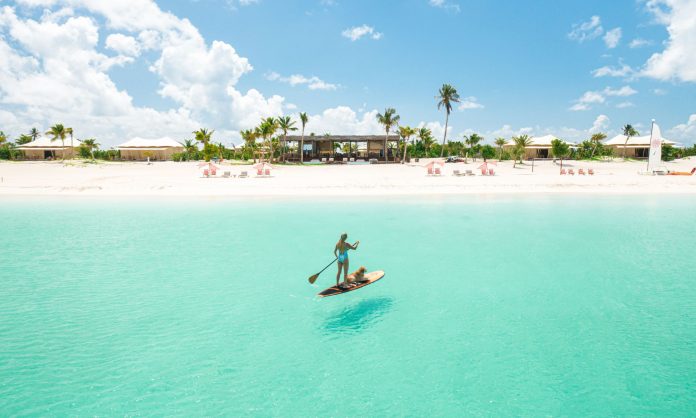 Antigua and Barbuda lays claim to more ocean space than most other countries in the region. Not only are the twin-island nation’s world-famous waters a lynchpin of the tourism industry, they’re also a critical source of food and jobs.

Yesterday, government unveiled its most ambitious plan yet to do just that.

The UK-funded ‘maritime blue economy plan’ aims to ensure sustainable use of the ocean, while creating jobs, diversifying the economy and protecting one of the country’s most valuable ecosystems.

It follows an initiative announced by the British Prime Minister in 2015 to support the marine economies of 17 Commonwealth small island developing states.

Speaking at Thursday’s launch, Resident British Commissioner Lindsy Thompson said the financial blow to Antigua and Barbuda from the Covid pandemic had been “particularly acute”.

“This plan will bring economic change and increased options for people here … including the creation of high value jobs,” she explained.

Cabinet approved the plan in March after three years of “hard work”, making it the first country in the Commonwealth to do so, Thompson added.

“The pandemic has taken its toll on all the world’s economies … but when I look at the Caribbean and its reliance on tourism, I see additional challenges the pandemic poses,” he continued.

Lord Ahmad said the plan represented a combination of “local knowledge and scientific expertise”, and would help ensure responsible use of marine resources.

“We need to protect our oceans for generations to come,” the minister added.

Foreign Affairs Minister Chet Greene said yesterday’s launch came “at a critical time for the country’s economy” – and against the backdrop of Tuesday’s World Oceans Day.

“For us to make strides, we must work across all ministries and agencies; this requires a whole government approach,” he said, adding, “We must take this plan from bold ambition to a timely, practical reality.”

Blue Economy Minister Dean Jonas said he was “elated” by the launch of “new jobs, new opportunities and new growth”.

“This will attract investment while safeguarding the vast ocean spaces available to Antigua and Barbuda,” he said. “The plan solidifies sustainable, long-term use of our ocean resources and recognises the unique link between our people, culture and marine environment.”

He told Observer it paved the way for more seafood to be farmed rather than fished, with one aquaponics training programme already underway.

With overfishing one of the biggest threats facing the country’s waters, Jonas was asked what the plan means for conventional fishing methods – a livelihood for hundreds of local residents. Fishing currently accounts for around two percent of gross domestic product (GDP).

“We are not about stopping anyone from fishing at this time but there is a need to diversify away from hunting fish to farming,” he said, adding, “The potential is there because of our vast open space to produce a lot more through fish farming – not only for local consumption but for export too.”

What does the plan seek to do?