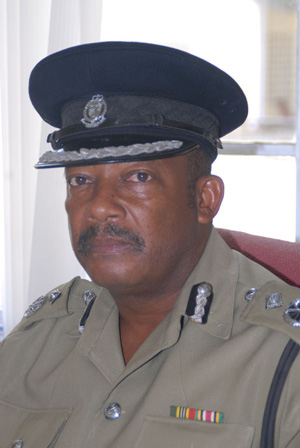 Acting CoP Austin Williams has dismissed the reports that police officers are resigning in droves after being forced to work longer hours for the same remuneration.

The Observer spoke with the top cop who confirmed the resignations, but stated that it was not as many as was being implied by persons on the streets.

The Observer also spoke with a senior police officer who said that it was true that there had been several resignations from within the ranks but assured that it would not be detrimental to the police force executing their duties efficiently and effectively. The source also said that resignations had to be submitted at least three months in advance of leaving the force.

Unconfirmed reports indicated that the resignations were handed in due to the unrest caused by a recent announcement that in essence, amounted to police officers working longer hours with no increase in their salaries. This, it was inferred, was done to prevent officers from having part-time jobs, usually in the form of night security.

Ag. CoP Williams explained that it was against the regulations of the law enforcement body for persons to have a second job and that an application had to be made to the commissioner to seek permission to do so.

“There is nothing to say that you can work a second job. You apply to the commissioner and if he sees it’s feasible he allows it and that permission has to be renewed annually. One of the reasons we don‚t allow second jobs is because of the burnout factor and conflict with the job.”

Williams explained that officers who were employed at a second place of work were infringing on the laws and there were a range of penalties that could be applied for the breach of discipline.