GLASGOW, Scotland, Nov 5 (Reuters) – Thousands of young campaigners marched through the streets of Glasgow on Friday to demand that world leaders at the U.N. climate conference safeguard their future against climate change.

Inside the COP26 conference venue in Glasgow, Scotland, civil society leaders were taking over discussions at the end of a week of government speeches and pledges, which included promises to phase out coal, slash emissions of the potent greenhouse gas methane and reduce deforestation.

Campaigners and pressure groups have been underwhelmed by the commitments made so far, many of which are voluntary or set deadlines decades away.

Those marching held placards and banners with messages that reflected frustration with what Swedish activist Greta Thunberg described as “blah-blah-blah” coming from years of global climate negotiations.

“You don’t care, but I do!” read one sign, carried by a girl sitting on her father’s shoulders.

Thunberg galvanised young people around the world to take action in “Fridays for Future” school strikes – which began with her standing every week outside the Swedish parliament.

“If you were smarter, I’d be in school” was the message carried by another protester. Many of the marchers took the day off school to take part.

The British president of the two-week conference acknowledged that much more needed to be done to secure more ambitious commitments to stop the world’s slide into climate catastrophe, urging national negotiators to step up the pace.

“It is not possible for a large number of unresolved issues to continue into week 2,” Alok Sharma said in a note published by the United Nations.

“The Earth’s climate is changing!” read one schoolchild’s placard, under a hand-painted picture of a globe on fire. “Why aren’t we?”

On Friday, the U.S. House of Representatives was due to vote on President Joe Biden’s mammoth “Build Back Better” package, including $555 billion of measures aimed at halving greenhouse gas emissions by 2030 and adapting to climate change. read more

The COP26 talks in Glasgow aim to secure enough national promises to cut greenhouse gas emissions – mainly from fossil fuels – to keep the rise in the average global temperature to 1.5 degrees Celsius, which scientists say is a tipping point towards far more extreme weather events.

To that end, the United Nations wants countries to halve their emissions from 1990 levels by 2030, on their way to net-zero emissions by 2050, meaning the world would release no more climate-warming gases than the amount it is simultaneously recapturing from the atmosphere. 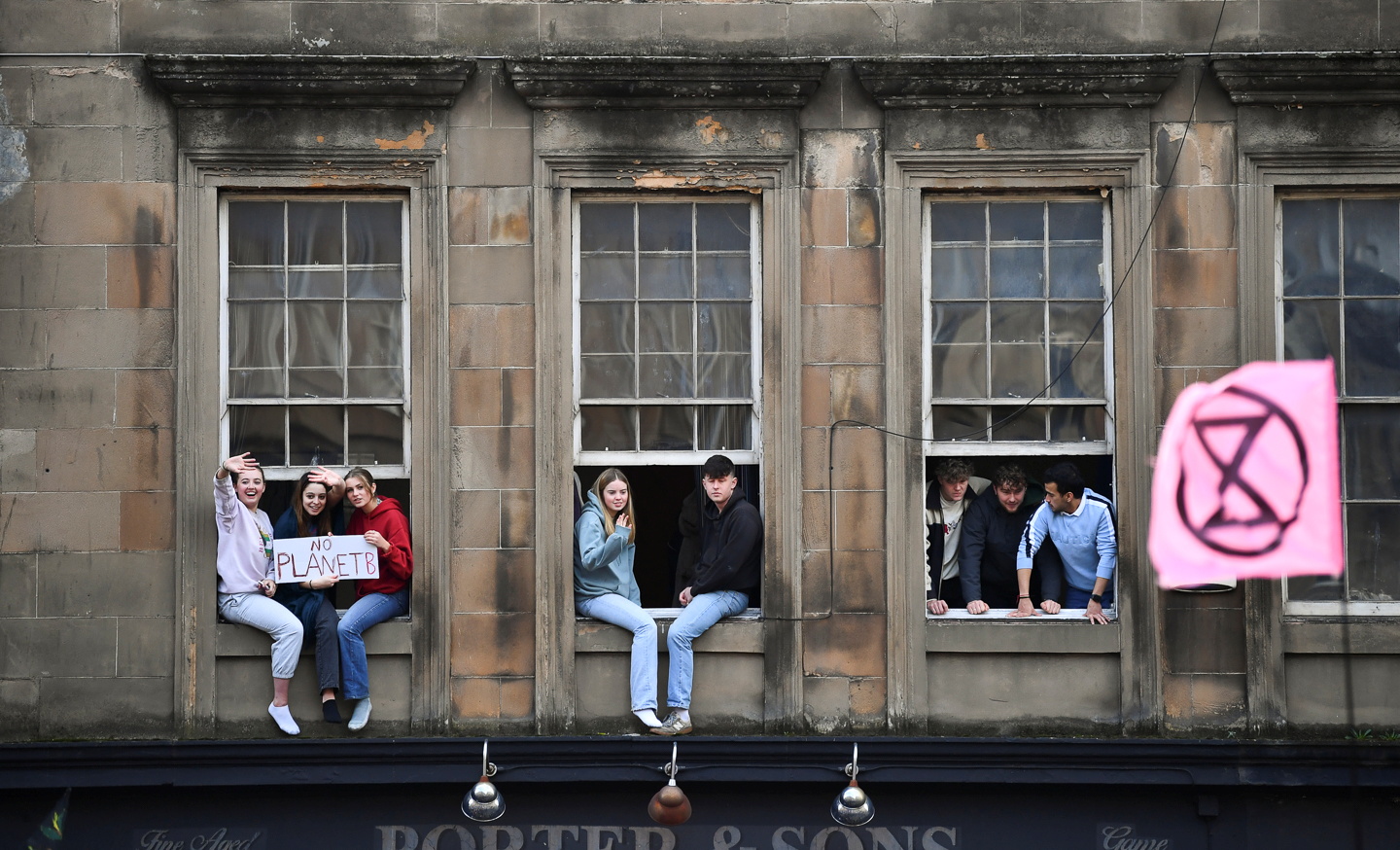 So far, the summit has yielded deals to try to phase out coal over the next three decades – albeit without the world’s biggest consumer, China. Some have also pledged to reduce deforestation and curb methane.

The Glasgow talks also have showcased a jumble of financial pledges, buoying hopes that national commitments to bring down emissions can actually be implemented. read more

U.S. climate envoy John Kerry said on Friday it was possible to reach a deal at the summit settling the final details of the rulebook for how to interpret the 2015 Paris Agreement.

Kerry said the United States was in favour of having the most frequent possible assessments of whether countries were meeting their Paris Agreement goals to reduce greenhouse gas emissions, saying it would be “negligent” to leave Glasgow with assessments set too infrequently.

THE ARCTIC COMES TO GLASGOW

Elsewhere this week, city mayors have been huddling over what they can do to advance climate action back home.

“National governments are slow to communicate – very bureaucratic, internally and between each other,” said Los Angeles mayor Eric Garcetti, chair of the C40 global mayors’ network for tackling climate change.

But a clear picture has yet to emerge on how far these voluntary initiatives could moderate global warming.

The head of the International Energy Agency, Fatih Birol, said on Thursday that emissions cut pledges made so far – if all implemented – could potentially restrict warming to 1.8C. But some U.N. negotiators and non-profit organisations said that assessment was too rosy, and much more work had to be done. read more

“We cannot allow this to become the new normal,” Gore said.

An iceberg was shipped by her group from Greenland via Iceland to the east coast of England, then by truck to Glasgow. On Friday, it was the size of a passenger vehicle, and was melting in an exhibition centre.

“Studies are showing that if we lose the snow and ice in the Arctic, we will amplify global warming by 25 to 40%,” she said. “We felt that negotiators here had to actually come face to face with the Arctic, so we brought the iceberg.”