MEXICO CITY, June 24 (Reuters) – Hundreds of Mexican same-sex couples married on Friday, marking the first time that the annual mass ceremony in Mexico City ahead of its Pride parade has taken place after being cancelled for two years due to the pandemic.

A live band played traditional songs like Mendelssohn’s “Wedding March” as joyful couples, some in matching outfits, said their vows together. Several rainbow masks were pulled lower for first kisses as newlyweds.

The ceremony, funded by local government, provides an economical way for couples to get married. A large wedding cake topped with rainbow frosting was shared. 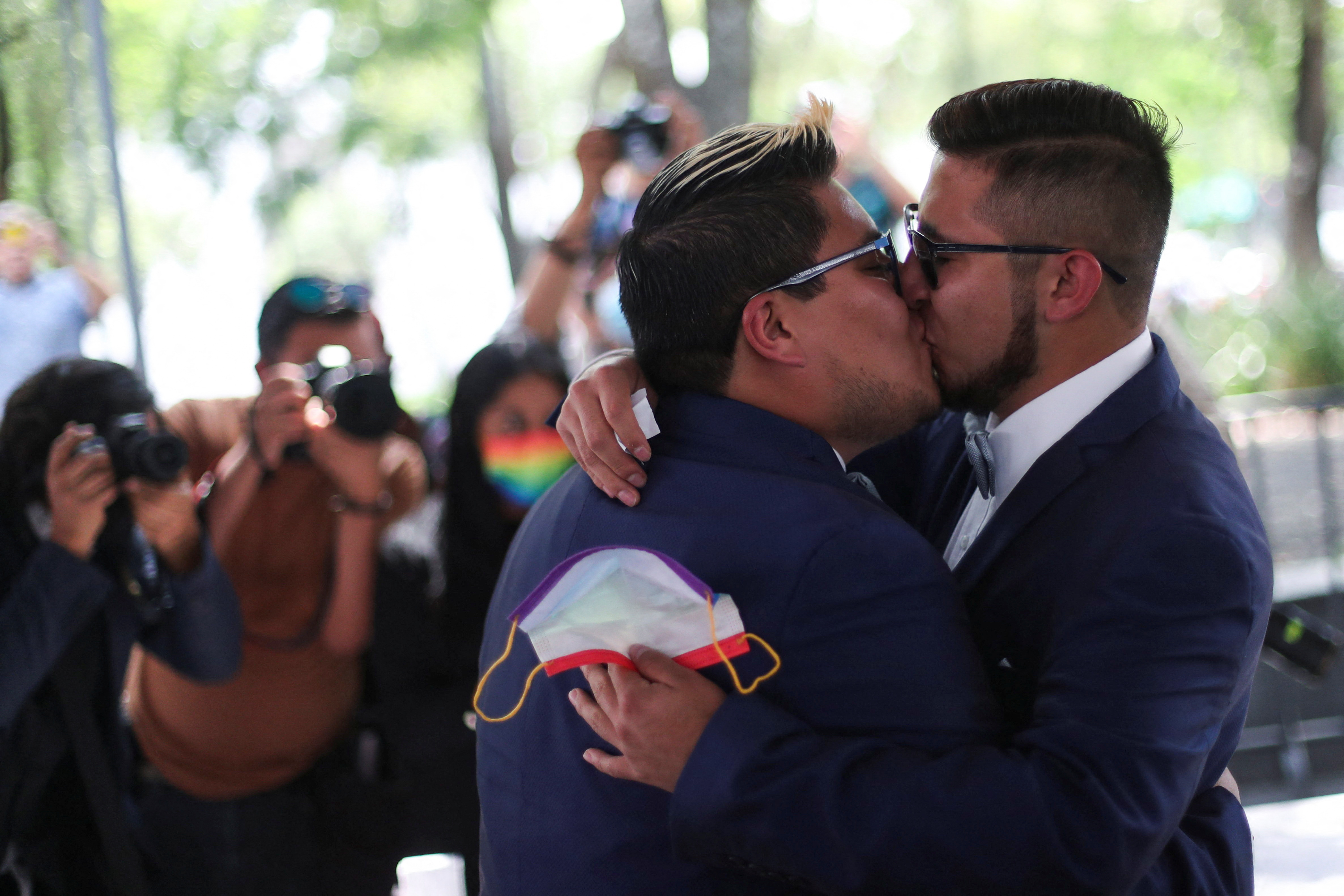 “Truth is, this is something we’d been planning to do for awhile,” said Miguel Delgado, who wore a rainbow bowtie for the occasion. “And because of the pandemic we hadn’t been able to do it, so once the occasion arose, we decided to take advantage of it,” he said.

Mexico City, the country’s capital, legalized same-sex marriage in 2010. Since then, 26 of Mexico’s 32 states have followed suit.

Thousands are expected to participate in Mexico City’s Pride Parade on Saturday.