On Saturday, May 8, 2010 around 4:00 p.m. the authorities at the Robert Llewellyn Bradshaw International Airport received a report that a suspicious object had been found on board US Airways Flight #1693 which landed at 3:31pm. The Police, Bomb Disposal Unit, Fire and Rescue Services were immediately called in and with the assistance of the K-9 Unit, performed a sweep of the aircraft. Meanwhile the Airport was evacuated and operations were suspended while the search was being conducted. The suspicious object was removed and examined and the contents found to be harmless. The evacuation was conducted in an orderly manner with the full cooperation of passengers, airport personnel and the general public. Civil aviation officers of the Ministry of International Transport have been in touch with TSA of the USA and a full investigation of the circumstances has already begun. After the clearance was given By the authorities, the airport was eventually reopened at 6:25pm and operations have resumed as normal. The authorities take this opportunity to thank all for their cooperation and regret the inconvenience caused By this occurrence. 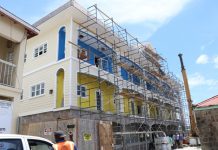 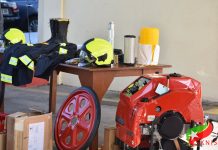 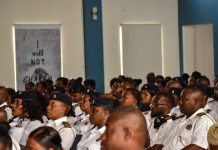