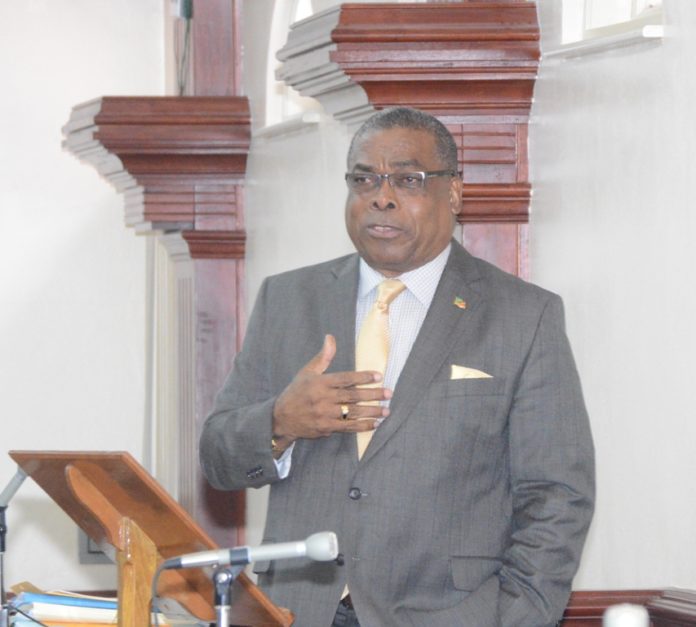 Basseterre, St. Kitts – Travelers can expect a more comfortable environment at the Robert Llewellyn Bradshaw (RLB) International Airport and the ferry terminal once renovations currently underway at both sites are completed.

Speaking in the House of Assembly Aug. 10, the minister of public infrastructure, the Honourable Ian Liburd, spoke to the repairs and maintenance work at RLB and the ferry terminal.

The terminal building at RLB is being upgraded with the installation of air-conditioning units in the check-in and customs area, a process that is “almost completed,” he said. “We’re also considering the CUTE system – the Common Use Terminal Equipment – for the check-in as well to make it more efficient. And all this is being done, in terms of the air-conditioning, at the cost of some $540,000. The estimated overall cost of renovations of the check-in area is some $850,000 and the completion date is the end of August … and all local contractors or workers are on these projects.”

He also said that the Team Unity administration was “embarking upon the resurfacing of [the] airport runway and two taxiways, Charlie and Bravo, at an estimated cost of $18 million.” A Phase Two being considered, Minister Liburd said, will address the resurfacing of the taxiway, Alpha, which is “the longest and most important taxiway.” He announced that tenders are currently being invited for that project.

Renovation at the ferry terminal in Basseterre is also continuing. Minister Liburd said “…the board at the St. Christopher Air and Sea Ports Authority in its wisdom thought it would be prudent to really ensure that passengers between St. Kitts and Nevis would wait for their ferries in an environment of comfort and safety. And so what we are doing [is] an upgrade to the facility, [which] is being undertaken at an estimated cost of some $250,000. Local contractors are onboard. Some 28 workers are being employed…You travel on the ferry, Mr. Speaker, and you’ll be in comfort, air conditioned. You’ll have your own bathroom facilities.”

Passenger capacity during the peak period at the ferry terminal is expected to be about 160 passengers. 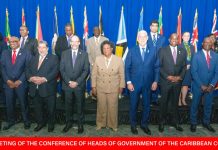 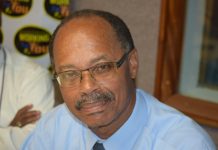