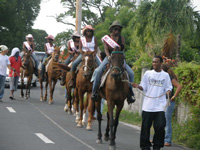 The Mighty Baron of Trinidad is expected to open the Cultural Village this weekend with a performance. His coming helps herald a Culturama 2006 that many worried would be canceled because of the July 10 national election.
Last Friday, however, all doubts were put to rest when the Culturama Committee staged a dramatic parade to showcase the contestants of the culturama pageants.
At the conclusion of the parade Antonio Liburd, financial comptroller of the Culturama Committee said, “this year’ Culturama will be one of the better ones we have had. The police have informed us that once there is no trouble we will have non-stop jamming. We will have a good Culturama.”
Culturama 2006 will be held July 28 to August 8 under the theme “Mas, Music, Lyrics, Culturama 2006”.
”Are you, ready? Are you, ready,” shouted Cari Nicholas, Miss Cable and Wireless, as she introduced herself as contestant five at the launching of the Culturama pageant contestants.
Nicholas along with Miss Carib Brewery Juel Browne, Miss National Bank Sidama Jones of Nevis, Miss Development Bank Isis Francis and Miss Coastal Air Cherisse Sutton of St. Kitts will vie for the title of Miss Culturama 2006 on Aug. 6 at the Nevis Cultural Centre.
The young women on Friday made their way through Charlestown on horseback led by the Mr. Kool contestants as the town came out to wave and cheer them on.
The parade served to highlight the five competing women and to build momentum for the annual celebratory event.
At the entrance to Night Moves, the five women dismounted and made their way into the Cotton Ginnery Mall where a crowd gathered to witness their introduction.
On July 30 the women will compete in the swimwear and cultural icon segments of the pageant. The main segments of the competition—talent, eveningwear, introductory speech and interview—would be held the following week.
The men of the Mr. Kool show joined the women and children who will compete in the Talented Youth Pageant, which will be held as part of the Culturama celebrations this year.
Carlisle James, Jose Gumbs and Shefton Daniel introduced themselves. Daniel seemed to be a favourite as the audience erupted in cheer when he took the mike. Leon Julius and Stenneth Stevens round out the five males who will vie for the title of Mr. Kool 2006 on August 4.
The competitors for the Talented Youth Pageant also introduced themselves. They are: Hydeia Tyson and Chevaun Walwyn of the Gingerland Primary School sponsored by the Nevis Air and Sea Port Authority; and Akim Bartlette and Kevonie Pemberton of the St. John Primary school sponsored by NEVCON.
Representing the St. Thomas and Violet O. J. Nichols Primary School are Derrick Jones, Kathrine SeaBrookes, Brendon Calxton and Tisheena Knowles.
The students are sponsored by the Four Seasons Resort Estates and Caribbean Cable.
Sponsored by NCC are Shaquoya Flanders and Erol Phillip of the Charlestown Primary School.
Hensley Daniel, newly appointed minister of culture, thanked the Culturama Committee for holding off on Culturama publicity until after the election.
”We did not want to have mixed signals going at the same time,” he said. “Now that election is over, we come now to the celebration of our culture, for it is time for Culturama 2006. We look forward to an exciting, fun-filled, peaceful Culturama.”
He added that it will be bigger and better.

“We are going to have a Culturama that everyone will want to have repeated in years to come,” he said.
The Miss Culture Contestant was scheduled to appear at a fashion show at the Mount Nevis Hotel on Sunday a week ago. However, the show was postponed to Sunday, June 23. 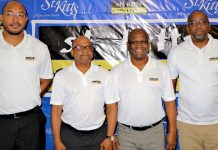 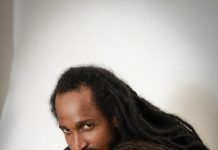 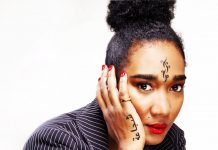