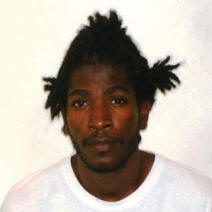 (Ottley’s Village, St. Kitts) – The last half of August has been busy for the police on St. Kitts.

Just 12 days after the fatal shooting of Delvin Romney, 23, at a bar in Lynches on Aug. 11, the Federation of St. Kitts and Nevis recorded its 15th murder of the year, which sources say may have been drug-related.

On Aug. 23 at 11:25 p.m., Steve Pemberton was walking in Ottley’s Village through an alley in an area called “Italy” when he was ambushed by a lone gunman, who pumped several bullets into his body.

Mr. Pemberton, 30, of Ottley’s village was taken to the JNF Hospital, where he died of multiple gunshot wounds.

He is remanded in prison and will appear before the court shortly.

According to a police source, a possible motive for the murder could have been a drug feud that has been going on in the area between growers of marijuana.

On Saturday July 26, members of the police drug unit uprooted and destroyed 1,015 marijuana plants ranging in height from one foot to 10 feet. The plants were found in two separate lots in the cane fields at Ottley’s Project and were destroyed by fire at Conaree, along with plants that were uprooted in a previous operation. A total of 9,000 plants were burned.

Police sources are not offering further details on any possible relationship between the anti-marijuana raids and the rift between ganja growers.

Regardless of the motive behind the murders, this year’s numbers are tracking higher than those o f the previous two years.

There were 17 homicides in 2006 while in 2007 there were 16. With four months remaining in the year, 15 homicides have already been committed.

The seven cases which have resulted in arrests are:

– Lionel “Shaggy” Warner surrendered himself to police and was officially charged on April 7 for the April 4 murder of Alphonso “Bobo” Richards, 25.

– Bishu Isaac was charged on April 19 for the stabbing death of Tau Gowon, 26, of Delisle Garden, who succumbed to his injuries on April 18.

– Wycliffe Liburd surrendered himself to police and was charged for the murder of Charles “Abaloo” Benjamin, 32, on April 22. Mr. Benjamin was murdered on April 18.

– Lester Tross of New Road and Malvy Drew of Middle Island were charged on July 14 for the murder of Shamari Williams, 23, of New Road. Mr. Williams was shot while driving on July 5. He died on July 6 at the JNF Hospital.

– Elroy Williams of Crab Hill, Sandy Point, was charged for the murder of Delvis Romney, 23, of Parson’s Village on August 14. Mr. Romney was shot at a bar in Lynches on August 11.

The unsolved cases are:

-About 9:30 p.m. on July 5 Darnel Webster, 18, of Sundown Road was shot multiple times as walked down the road. No one has been charged in the case.

– In the early morning of June 11, police went to Marion Street in Charlestown and found the body of Leon Hendrickson, 29, of St. Kitts, who resides at Stoney Grove, Nevis. He was walking home when he was shot. Police believe the murder was gang related. No one has been arrested in this case.

– Police responded to a report of gunshots being heard in Molineux on Thursday, May 22, at about 8 p.m. On arrival they found Eston Sharry, 23, alias ‘Phat’ of Phillips Road, Molineux, lying on his back in the road. He had multiple wounds to his body and was motionless. The District Medical Doctor visited the scene and pronounced him dead. There have been no arrests in this case

– Police are investigating the May 19 homicide which claimed the life of Chesil Fraites Richardson, 25, of Conaree Village. No one has been arrested in this case.

–  On March 11, Mr. Derrick Gumbs Jr., was shot about 10:50 p.m. Officers responded to a report of gunshots at Neverson Street, Newtown. They arrived on the scene and found the body of Mr. Gumbs, who had sustained gunshot wounds. No arrests have been made in this case.

The first killing of 2008 occurred on Nevis. Leon ‘Gravo’ Westerman, 28, of Low Street, Charlestown, died of multiple gunshot wounds after being transported to Alexandra Hospital. Police were called to the scene of the shooting in downtown Charlestown just before midnight, Jan. 28. No arrests have been made in this case.