BASSETERRE, St. Kitts, The establishment of the largest solar plant in St. Kitts and Nevis, as well as the replacement of street lamps, is expected to significantly boost the energy sector in the Federation.

“There is a proposal for the build-out of an alternative energy programme, and the government has signed a contract to establish the largest solar plant in St. Kitts and Nevis,” said Prime Minister Dr. the Honourable Timothy Harris during September 29 edition of ‘Leadership Matters. This will go a major way in reducing our dependence on fossil fuel.”

The Federal Government, in collaboration with The St. Kitts Electricity Company Limited (SKELEC), signed an agreement with Leclanché SA, one of the world’s leading energy storage companies based in Switzerland, in September 2019 to construct the largest solar generation and energy storage project in the Caribbean.

The 35.6-megawatt solar energy plant and the 44.2 megawatt-hour battery storage facility will be built on 100 acres of crown land located in the Royal Basseterre Valley National Park utilizing a lease agreement. The plant will be constructed close to the SKELEC’s Power Station to facilitate the cost-effective transfer of energy.

The construction of solar energy plants is part of the government’s sustainable development agenda to contribute to the reduction of greenhouse gas emissions.

At the same time, the prime minister indicated that 10,047 street lamps will be replaced.

The prime minister said that the “effect of the two projects will lead to an estimated 44 percent reduction in the government’s energy bill.” 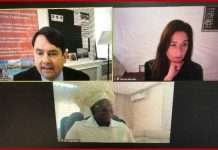 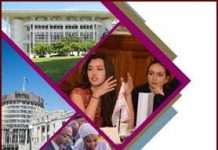 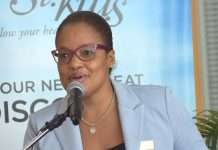