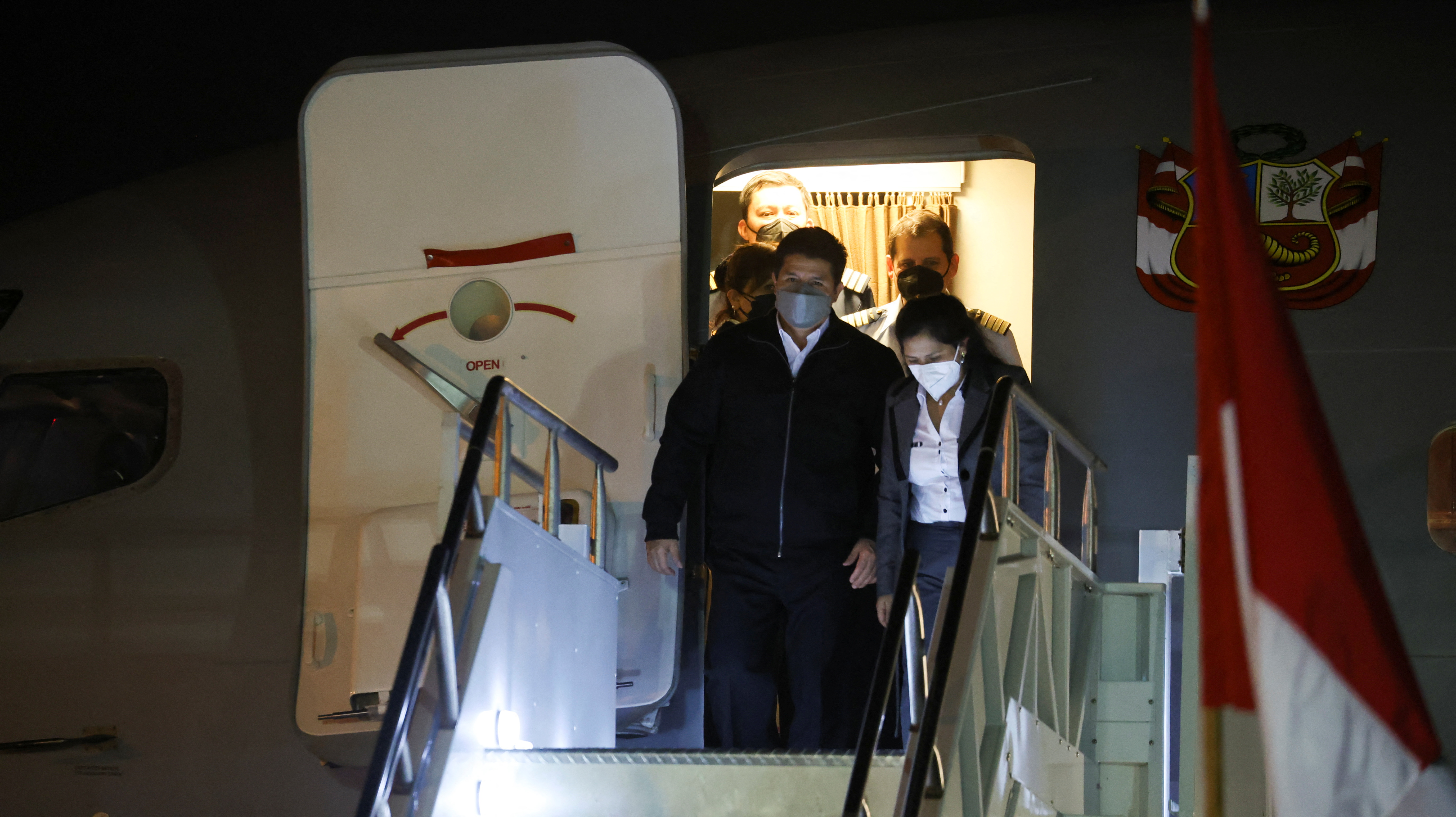 LOS ANGELES, June 8 (Reuters) – President Joe Biden kicks off a summit on Wednesday that was conceived as a platform to showcase U.S. leadership in reviving Latin American economies and tackling migratory pressures, but has instead been undermined by discord over the guest list.

Biden’s plan to unveil a package to spur recovery in Latin America, help stem soaring immigration and counter China’s growing regional economic clout has been marred by a partial boycott by leaders upset at Washington’s decision to exclude Cuba, Venezuela and Nicaragua from the summit.

U.S. officials hope that the Summit of the Americas in Los Angeles and a parallel gathering of top business executives can pave the way for increased economic cooperation in the region as countries grappling with higher inflation work to bring supply chains stretched by the COVID-19 pandemic closer to home.

“It’s much better for us … to have a supply chain here in the Americas than it is for us to be dependent on a supply chain that comes from China,” U.S. ambassador to Mexico Ken Salazar told Reuters on the sidelines of the summit.

Still, an initiative that promotes jobs abroad could face U.S. protectionist pushback, as well as questions about how many widely divergent economies could make it work.

The Biden administration has framed the summit as an opportunity for the United States to reaffirm its commitment to Latin America after years of comparative neglect under his Republican predecessor Donald Trump.

But tensions have repeatedly dogged the preparations.

Diplomatic cracks yawned wide this week when Washington opted not to invite Communist-run Cuba and the leftist governments of Venezuela and Nicaragua, arguing their record on human rights and democracy made it impossible.

Rebuffed in his demand that all countries must be invited, Mexico’s president said he would stay away, deflecting attention away from Biden’s goals and toward regional divisions.

The leaders of Guatemala and Honduras, two of the countries that send most migrants to the United States, also said they would not go, undermining efforts by Biden officials to craft a “declaration” on joint plans to address the phenomenon.

Still, leaders from more than 20 countries in the region will attend, including from Canada, Brazil and Argentina, according to organizers.

Biden, in what is being billed as a policy speech to open the summit, will preview the migration declaration to be announced on Friday. Officials say it will include specific commitments from leaders to help address the challenge.

Detentions of migrants at the U.S.-Mexico border have hit record levels this year, and on Monday another caravan of people numbering thousands set off north from southern Mexico.

U.S.’s Blinken warns of threats to media freedom in Americas

LOS ANGELES, June 7 (Reuters) – U.S. Secretary of State Anthony Blinken on Tuesday criticized efforts to suppress press freedom in several Latin American countries and said the United States seeks to increase media protection in the region with the most murders of journalists.

Speaking at a press freedom event ahead of the Summit of the Americas, a regional gathering aiming to address economic problems and migration, Blinken said governments in the region were using sweeping legislation and surveillance to quash freedom of press and intimidate journalists.

He has singled out Cuba, Nicaragua and Venezuela, the three countries President Joe Biden excluded from the Summit of Americas because they were not democratic, saying the act of independent journalism constituted a crime there.

“No region in the world is more dangerous for journalists,” Blinken said, adding that at least 17 media workers have been killed this year in the Western Hemisphere, citing the UNESCO observatory for killed journalists. 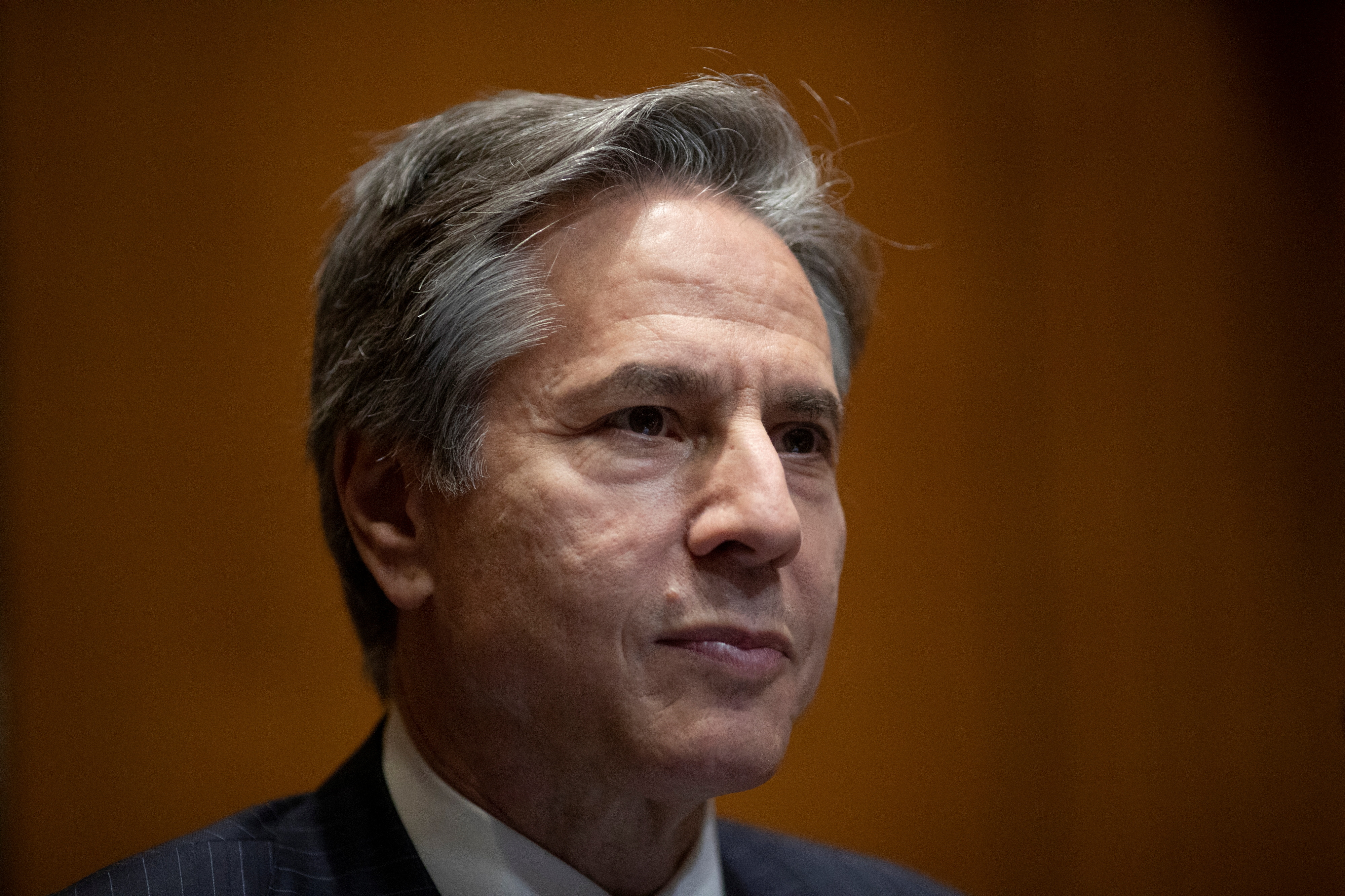 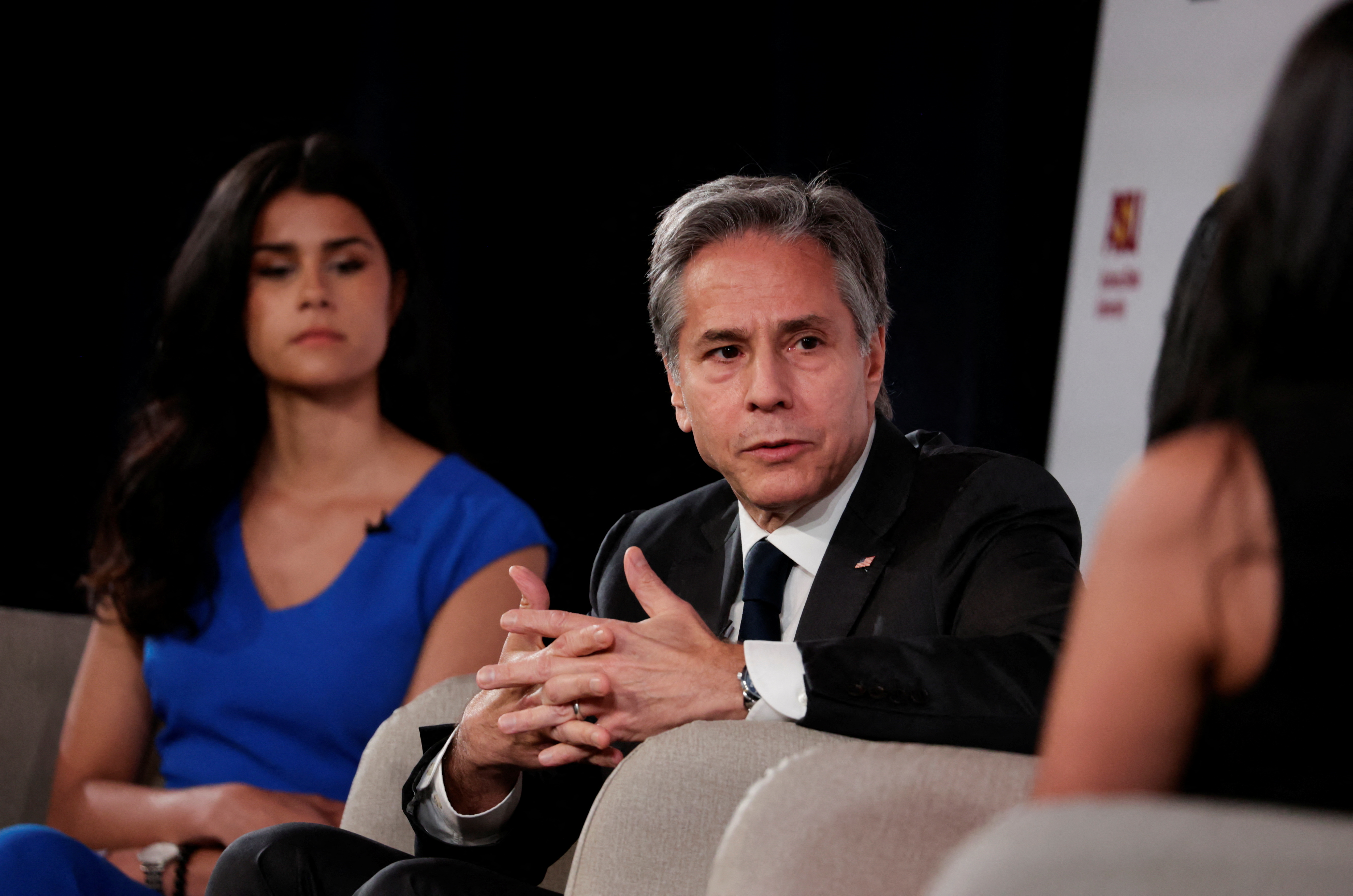 U.S. Secretary of State Antony Blinken delivers remarks during a panel discussion on the commitment to journalistic freedom at the Summit of the Americas in Los Angeles, California, U.S., June 7, 2022. REUTERS/Daniel Becerril

Last weekend, British journalist Dom Phillips and indigenous expert Bruno Pereira went missing in Brazil while reporting in a remote and lawless part of the Amazon rainforest near the border with Peru. read more

“Crimes like these persist in no small part because the people who order them and carry them out are so rarely held accountable. That sends a message that these attacks can continue with impunity,” Blinken said.

“Governments are using sweeping legislation to quash free expression, as we saw in the recent slate of amendments adopted by El Salvador in March and April of this year,” Blinken said.

In March, El Salvador registered 62 murders in a single day, the bloodiest since the end of its civil war in 1992. In response, the Legislative Assembly dominated by President Nayib Bukele’s right-leaning populist party declared a state of emergency, suspending citizens’ constitutional rights. 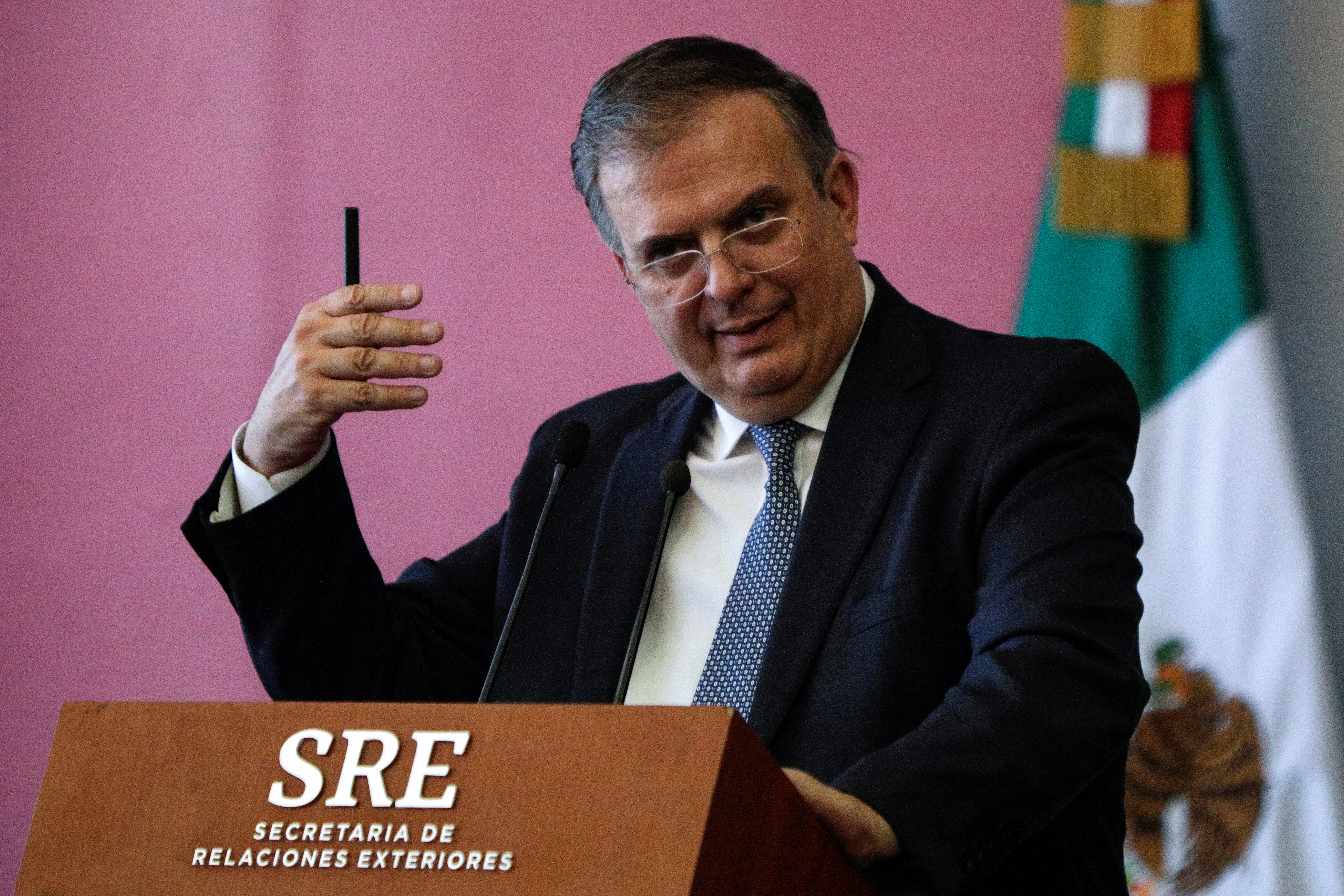 Mexican Foreign Minister Marcelo Ebrard speaks about the Summit of the Americas during a news conference, in Mexico City, Mexico June 7, 2022. REUTERS/Luis Cortes

MEXICO CITY, June 7 (Reuters) – Mexican Foreign Minister Marcelo Ebrard on Tuesday accused the United States of double standards by refusing to invite Cuba, Venezuela and Nicaragua to the U.S.-hosted Summit of the Americas, while engaging with non-democratic governments in Southeast Asia.

“The so-called democratic clause is not applied equally in all cases, but only in some, when it is convenient,” Ebrard wrote in a column published in Mexican newspaper Excelsior, pointing to Washington’s relations with the Association of Southeast Asian Nations (ASEAN) and forming the Indo-Pacific Economic Framework in May.

Ebrard called the U.S. decision “inconsistent, if not contradictory.” Among ASEAN’s members are Myanmar, ruled by a military junta, and one-party Communist-ruled Vietnam.

The United States chose not to invite the leftist leaders of Venezuela, Nicaragua and Communist-ruled Cuba to this week’s Americas gathering in Los Angeles, citing concerns of a lack of democracy in their countries, a senior U.S. official said. read more

Mexican President Andres Manuel Lopez Obrador withdrew because the United States said that not all countries in the Americas would be invited. read more

U.S. President Joe Biden aims to address regional migration and economic challenges at the summit. Lopez Obrador said he would meet Biden next month instead.

“Without that pressure, without that regrettable, embarrassing summit blackmail, (we) will talk in July,” Lopez Obrador said on Tuesday at a regular news conference.

Ebrard called the U.S. decision “inconsistent, if not contradictory.” Among ASEAN’s members are Myanmar, ruled by a military junta, and one-party Communist-ruled Vietnam.

The United States chose not to invite the leftist leaders of Venezuela, Nicaragua and Communist-ruled Cuba to this week’s Americas gathering in Los Angeles, citing concerns of a lack of democracy in their countries, a senior U.S. official said. read more

Other international groupings, such as the G20 and the United Nations, also have members not fully considered democracies by Western nations, foreign minister Ebrard said.

He will attend the summit in Lopez Obrador’s place, and will push for the United States to end its embargo of Cuba, he told La Jornada newspaper.