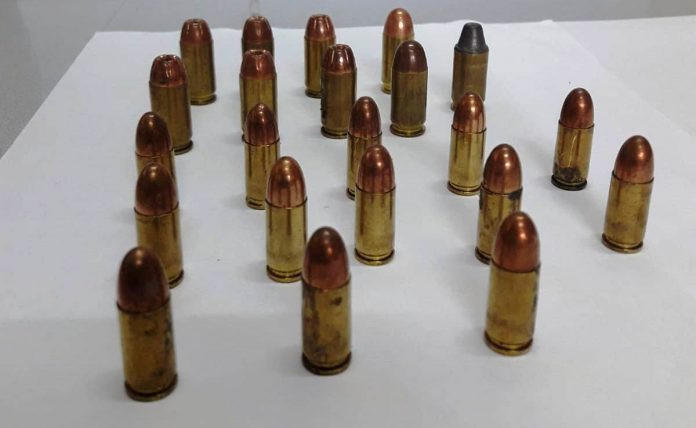 Additional ammunition has been taken into Police custody as part of the ongoing peace initiative, the Public Relations Office of the Royal St. Christopher and Nevis Police Force announced Tuesday.

Twenty-two rounds of ammunition — thirteen 9 mm and nine .45 caliber rounds — were handed over to the police in Nevis, the second time that such an act has occurred since the peace initiative began earlier this year.

Initially, police received thirty firearms and seventy-three rounds of assorted ammunition that had been collected between both islands. When combined with the thirteen firearms that the police have been able to take into custody through various operations, a total of forty-three firearms and over 100 rounds of ammunition have been removed from the streets of communities around the Federation, police said.

Head of the Nevis Task Force, Inspector James Stephen, noted the handover demonstrates the interim strategy for the reduction in gang-induced violence had proven to be successful to date.

“The initiative is continuing to bear fruit. Gang members have been proactive, and they are the ones who have been helping the process along. However, I’d like to say, once again, that we have not offered an amnesty to anyone or any group and our investigations into existing matters are ongoing,” Inspector Stephen said.

He joined the Acting Commissioner of Police in urging anyone else with illegal firearms in their possession to hand them over to the police immediately.