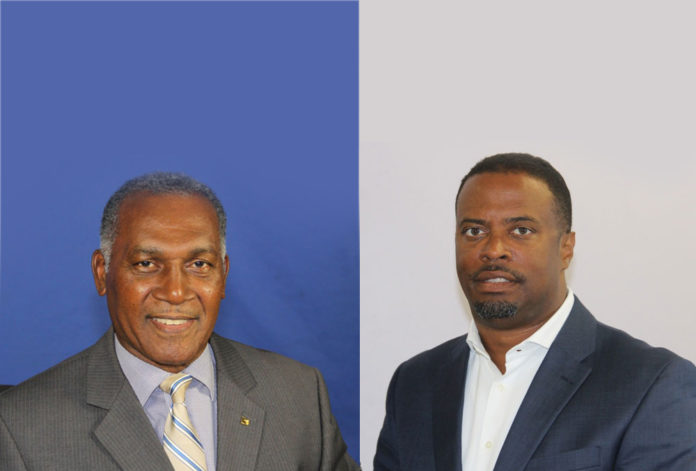 - Advertisement -
In what appeared to be a reversal of plans, Nevis’ Premier The Honorable Vance W. Amory gave a stern speech to his party’s caucus held last Sunday March 26 at Mount Nevis Hotel. He chastised the gathering of about 100 persons of which at least a dozen persons had flown in from New York, London, Florida, Washington, and the Virgin Islands. They appeared to arrive to witness the stepping aside of Amory and the coronation of Brantley. Amory had other plans.

Amory, quoting from a copy of the Concerned Citizen Movement constitution, declared that the party leader must be chosen by a convention and that the persons submitted by the party’s executive might mean nothing if other persons are nominated, seconded, and voted in from the convention floor.

The premier gave a civic lesson on the formation and evolution of the CCM party and gave no indication that he is stepping aside.

Persons from the Premier’s Gingerland constituency have told The Observer that it appears as though he has had a change of heart. “I think that he is running again”, one prominent Amory supporter told us. Another said that he is only making sure that things are done properly.

Apparently, there was a major misunderstanding, The Hon Mark A. G. Brantley in his address to the caucus thanked every one for the faith that they had in him to make him party leader. Brantley appeared visibly upset over the outcome of the afternoon events.

The Concerned Citizens Movement (CCM) met and 3 weeks ago and nominated persons for the party’s new executive.

The Observer understands that the Hon. Hazel Brandy-Williams was unanimously nominated as Party Chairperson.

Brandy-Williams spoke to the Observer last week ahead of Sunday’s caucus. She currently serves as Junior Minister in the Ministry of Social Development. She told us that she is pleased with the nomination and considers it as a step in the right direction.

“It has always been my belief to run for elective politics and that is why when I was asked to be a part of this government I took the opportunity because I saw it as a part of the stepping stone to get to the next level. So I am actually putting things in place to run at some point. ”

When asked if the “some point” would be the upcoming elections that would be called in Nevis by January 2018, she had this to say:

“No I can’t say next election because next election is very soon so I don’t see myself being fully prepared as I ought to be for that election. But in the not too distant future, I will – I shall have my name on the ballot.”

Hon. Brandy-Williams clarified that she does consider her nomination to the CCM executive as a step in the right direction and confirmed the rumors of her nomination as the Party’s Chairperson.

“That is indeed a step up. What it is for now is a nomination. I have been nominated but then it has to go caucus and at caucus we will then vote on it. What I can say at this point is that I have no opposers, no opposition to speak. I have been unanimously nominated, so to speak, for that position. But it is indeed a step in that direction. I look for every opportunity to advance my cause.”

Party chairman Steadman Tross told the Observer midday Tuesday that no date has been set for a convention. Another party executive member said in the past planning for a convention took months.