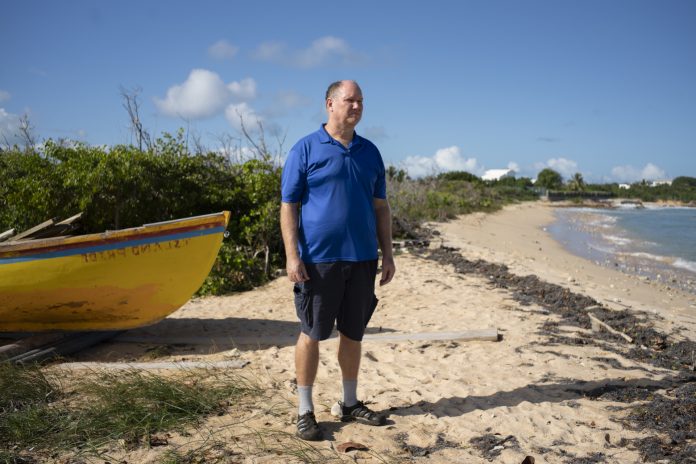 The luxury resorts along serene white-sand beaches have long propped up the economy of Anguilla, a tiny British territory in the Caribbean.

But the island is also the lucky financial beneficiary of two hot trends in technology: artificial intelligence and vanity internet addresses.

Anguilla is the landlord for internet addresses that end in “.ai” — a suddenly valuable slice of online real estate. Every time a .ai name is registered or renewed — by AI startups, or by speculators hoping to resell the names to those startups, big companies or investors — the island collects a $50-a-year fee, which goes mostly to the government treasury.

Those fees added up to $2.9 million in 2018, the most recent official government tally, or nearly as much as the combined salaries of the 127 primary-school teachers, assistants and administrators in the territory. The revenue rose sharply again last year.

“It’s really snowballed,” said Vincent Cate, who manages the .ai registry in an office not far from the ocean.

Anguilla owes its good fortune to the large, yet obscure and often quirky market for internet addresses. Startups are increasingly willing to take on unusual internet addresses, or domain names like .ai, to stand out.

Tuvalu is a tiny island nation of 11,000 people. It’s cashing in thanks to Twitch.

There’s WT.social, a social network started last year by Jimmy Wales, a founder of Wikipedia. BenevolentAI, a drug development startup that has raised $290 million, is at benevolent.ai. Compound, a cryptocurrency lending marketplace with prominent investors, can be found at compound.finance.

The marketplace for internet addresses has become attractive even to big investors. A private equity firm in 2018 bought Bellevue-based Donuts, a company with the rights to more than 240 newer domain names, such as “. technology” and “. engineering.” Another private equity firm has bid for the rights to “.org,” used by most nonprofits, offering more than $1 billion and setting off a controversy over whether the domain should be controlled by a profit-driven company. And Berkshire Hathaway, led by Warren Buffett, is the largest shareholder in VeriSign, the registry that manages “. com.”

“The domain name system is an important part of the plumbing of the internet, and it’s become a big business,” said Matthew Zook, a professor at the University of Kentucky who has studied the industry for years. Annual registration and renewal fees alone, he estimates, total almost $4 billion.

To some degree, search engines like Google, social networks like Facebook and mobile apps like Uber have diminished the role of domain names as the way people navigate online. Gone, for the most part, are the days when getting around online meant painstakingly typing a web address into a browser.

Still, the names remain important as digital identifiers and brands. They are mentioned all the time in ads and mouthed by politicians. Among internet addresses, .com remains the giant, accounting for 40% of all registered domain names. But last year, 33% of startups had domain names other than .com, more than double the percentage five years earlier, according to an analysis by Brex, which provides credit cards for startups.

Covariant.ai, a startup developing software that enables robots to adapt to their surroundings, briefly looked at .com names when it was founded in 2017. But Peter Chen, a founder, said no apt names were available or affordable.

Besides, Chen said, “we are an AI company; .ai gives us a brand and meaning and symbolism that we want. It’s hands-down better than. com

Today’s domain name industry is a legacy of policy choices made by the Clinton administration in the late 1990s. The goal was to allow promising young technology to flourish, free of rules and taxes that might hinder innovation and investment.

In 1998, the U.S. government led the creation of the internet Corporation for Assigned Names and Numbers, a nonprofit that oversees domain names. ICANN describes itself as a global “bottom-up community” that does not regulate prices or police online content.

A relatively small number of well-known domain names, including .com and .org, go back to the 1980s. When ICANN was created, it began overseeing these legacy names and country and territory domains, like “.ca” for Canada, “.de” for Germany and, of course, “.ai” for Anguilla.

As the internet grew, ICANN created more digital real estate, broadening the domain-name market. Roughly 1,200 new top-level domain names — the letters that appear to the right of the dot — approved by ICANN have begun operating in recent years.

There is no way to track precisely how domain names are used, but experts estimate that as few as half are the addresses for websites or email. Big companies buy up thousands of addresses to cover variations of their corporate or brand names, to prevent illicit operators from using them. And speculators own the rights to many millions of other names, hoping to resell them for big payouts.

Serkan Piantino, a former director of AI research at Facebook, considered buying a .com address when he founded his startup, Spell, in 2017. But he opted for spell.run instead. 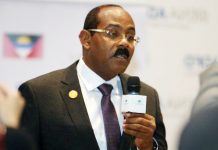 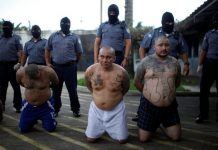 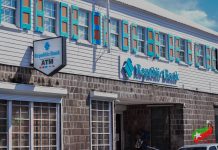