The worst affected areas are the provinces of Chimborazo and Bolívar in central Ecuador but the volcano in Ecuador’s Amazon region left several cities covered in ash on Tuesday, fueling concerns of a potential health impact as the South American nation slowly emerges from a brutal coronavirus outbreak.

The Sangay volcano has had moderate eruptions for over a year that have had little impact because of its remote location, but a recent change in wind patterns has pushed ash toward the coast and affected areas including the country’s largest city, Guayaquil.

“The ash comes out of the Sangay volcano and spreads into the Guayas province, and we see a quantity of ash that is arriving near Guayaquil,” Benjamin Bernard of the Geophysical Institute of Ecuador told reporters, referring to the province where Guayaquil is located.

“We didn’t know where all this dust was coming from,” resident Feliciano Inga told El Comercio newspaper.

“We saw the sky go dark and grew afraid,” he added while trying to shake the ash off the maize he grows to feed his four cows.

The ash comes from Sangay, one of Ecuador’s most active volcanos. A powerful eruption on Sunday generated a dark ash plume which reached a height of more than 12,000m.

Video of the volcano erupting may be seen here.

Sangay is one of eight volcanoes on the Ecuadorean mainland which have been active in the past five centuries. The other seven are Cotopaxi, Tungurahua, El Reventador, Cayambe, Guagua Pichincha, Chacana and Sumaco.

Ecuador’s agriculture ministry has offered help to clean up pastures and crops in the worst-hit areas, including supplying food rations for cattle and water pumps to help spray crops clean.

The Guayaquil airport halted flights to clean the runway, and authorities began clearing ash from public spaces to avert potential respiratory problems. Roads were closed to traffic in some parts of the provinces of Los Rios and Chimborazo.

“Now we have to wear the mask not only because of the coronavirus but also because of the ash that covers all of Guayaquil,” homemaker Karen Figueroa, 30, told the Reuters news agency, 30, while sweeping ash from the patio of her Guayaquil home. 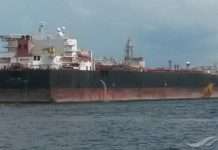 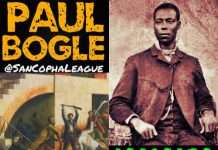 Jamaicans Encouraged to Remember Sacrifices Made by Morant Bay Rebels.

Caribbean Region To Focus On Investment In Higher Education 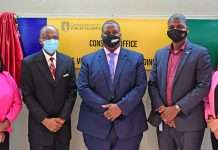