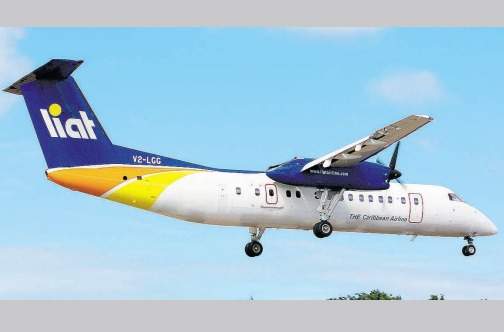 ST JOHN’S, Antigua (CMC) – Parliament has given the green light to Government to secure a US$15.8-million loan from Banco del ALBA to facilitate the island’s move to acquire additional shares in the cash-strapped regional airline, LIAT.

Prime Minister Gaston Browne told legislators Tuesday that his Administration anticipates that the recapitalisation of the airline will make LIAT more efficient and profitable as he warned of salary and wages reductions.

“A condition of this new capital would be that there has to be cuts, including a reduction in salary and wages,” he told Parliament, adding “I’m pretty sure that there’ll be some changes even with the directorship of LIAT.

“We have to make sure that we have a cadre of competent people and we may even create the space for members in the private sector as well to participate,” said Browne.

Antigua and Barbuda currently holds 34 per cent of the shares in the airline and earlier this month discontinued its interest in purchasing the some of the shares owned by the Barbados Government.

St John’s had sought to acquire the LIAT shares owned by Bridgetown, through a take-over of the liability of Barbados to the Caribbean Development Bank (CDB), which would have given it 81 per cent of the airline that employs over 600 people and operates 491 flights weekly across 15 destinations.

The other shareholder governments of LIAT are Dominica, St Vincent and the Grenadines and Grenada.
“This loan will be termed over a period of 10 years at six per cent per annum with an annual repayment of about two million US dollars a year,” he said, adding in response to Opposition queries about the financial viability of the airline that “the intention is not to have these funds wasted, but to make sure that they are properly invested.

“So, the programme calls for recapitalisation with a simultaneous restructuring of LIAT. So, we’ll be focusing on reducing expenses, while at the same time increasing revenue,” he replied.

Browne said he was hopeful that the other shareholder governments will bring the total anticipated contributions to the airline, to an estimated US$35 million.

“Now clearly this matter has not been approved by the shareholder group as yet, but recognising that LIAT is in need of urgent money, I cannot see the existing shareholder governments refusing to have a capital call to ensure viability or survivability for that matter of LIAT in the first instance and ultimately its viability and sustainability,” Browne added.