Scandal around ex-president of Armenia is gaining momentum: publication about Sarkisian’s citizenship of St. Kitts and Nevis sent to NSS 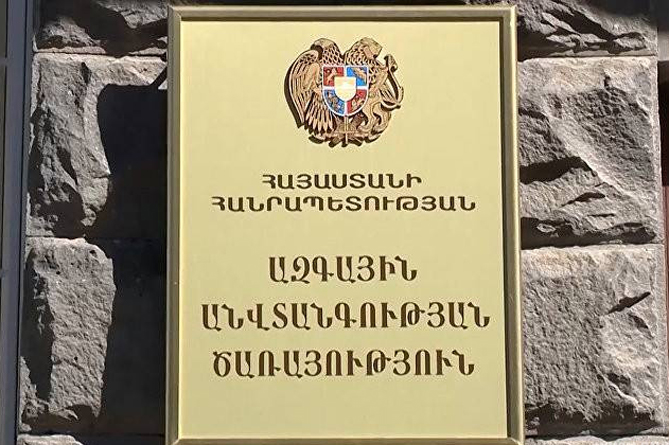 YEREVAN, January 25. /ARKA/. The Office of Armenia’s Prosecutor General said it has forwarded a publication by the Hetq investigative outlet claiming that President Armen Sarkisian, who announced his resignation on January 23, was a citizen of another country before he became president in 2018, to the National Security Service (NSS).

The Office of Prosecutor General recalled that in April 2021 a criminal investigation had been launched into allegations that Armen Sarkissian forged documents to conceal his dual citizenship. Gor Abrahamyan, an advisor to Prosecutor General said the Hetq story will be studied in the context of this very case.

On Monday, Hetq.am published an article entitled “Armen Sarkissian. The Pyramid of Lies Collapsed: President to Resign” The article says in particular that when Armen Sarkissian was elected as President of the Republic of Armenia, he was not an Armenian citizen, (as required by the law) but had the citizenship of St. Kitts and Nevis, a country consisting of two islands in the Caribbean Sea.

“In his statement yesterday, Armen Sarkissian noted some reasons for his abrupt departure from the presidency, but we believe they have little to do with his resignation. We think the reason for his resignation is just the one: he was a citizen of another country before he became the president,” Hetq.am writes.

Hetq.am writes: ‘When the Organized Crime and Corruption Reporting Project (OCCRP)) asked President Armen Sarkissian if he was a citizen of another country, he asked for evidence to support the allegation.

Given Sarkissian’s British connections, it’s no surprise that the country is a Commonwealth realm, with Queen Elizabeth II as head of state.

We had information that the president had a St. Kitts and Nevis passport, which was confirmed in correspondence with Sarkissian. We cannot provide many details of the investigation at this stage as it is a cross border investigation and not yet complete.

Yesterday, the president of Armenia announced his resignation. But there is a noteworthy fact here. Right before the resignation, he answered a series of our questions about his St. Kitts and Nevis citizenship. Sarkissian was on an official visit to the United Arab Emirates (UAE). He left the UAE and went on vacation because of health problems. And he resigned without returning to Armenia.

When we sent Sarkissian his St. Kitts and Nevis passport details, he began to put forth the following argument.

Saint Kitts has a program (Citizenship-by-Investment) whereby people can be granted citizenship in return for making investment. Sarkissian claimed that he thus became a citizen without his knowledge. “…the investment was the driving factor. I was not interested in the passport at all,” he told Hetq.

According to Sarkissian, before being appointed Ambassador of Armenia to the United Kingdom in 2013, he instructed his solicitor to return his passport to St. Kitts and Nevis.

In 2017, when he was soon to become president, he discovered that his above-mentioned instruction hadn’t been dealt with. It was revealed the person who was supposed to deal with his request (not his attorney) had died. Later, he wrote a letter to the son of the deceased who worked at the same company, explained the situation, and repeated his request.

The fact is that Armen Sarkissian started the official process of renouncing his citizenship in St. Kitts and Nevis not long before he was elected president in March 2018.

According to the Armenia’s Constitution, he thus wasn’t eligible to be elected president. Hence, all the decrees he signed, including various laws, the appointments of officials, the elections, even the appointment of the prime minister, are illegal.

Sarkissian told us that he believed that he was no longer a citizen of St. Kitts and Nevis from the moment he requested to put his citizenship on hold after he received it in return for investments.

President Armen Sarkissian is unlikely to return to Armenia since he could be prosecuted for forging official documents.”

Armen Sarkissian was elected as President in 2018 spring for a seven-year term by the parliament that was dominated at that time by the Republican Party of ex-president Serzh Sargsyan, who became earlier the country’s prime minister after serving two presidential terms following Armenia’s transition to a parliamentary system of government.

Armen Sarkissian was sworn in as President just two weeks before Serzh Sargsyan resigned as prime minister amid Pashinyan-led mass protests that eventually brought the latter to power. -0-