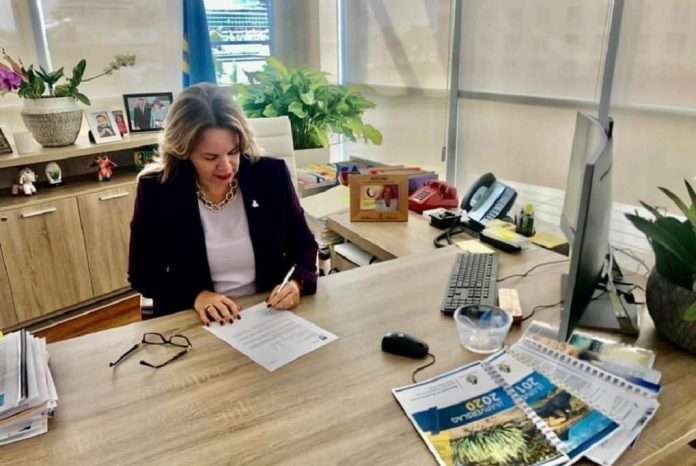 Evelyn Wever-Croes, Prime Minister of Aruba, signs the resignation letter of her Cabinet.e

There is shock across the Dutch Caribbean as the Prime Minister of Aruba, Evelyn Wever-Croes, has tendered her resignation and that of her Cabinet.

During a news conference yesterday, it was stated the decision was taken after the Public Prosecutor’s Office announced an investigation into the government’s coalition partner, the POR party. No details of the investigation have been given.

Wever-Croes has requested that the Governor of Aruba dissolve the Parliament of Aruba. The Cabinet will attend to ongoing issues until a new government is formed.

Elections for Aruba are scheduled for September 2021, however, it is now unclear whether an early election will be called due to this latest incident.

In November 2017, Wever-Croes was sworn in as Aruba’s first female prime minister.

SKN Turns to Asia for Medical Aid as U.S. Fails to Step Up