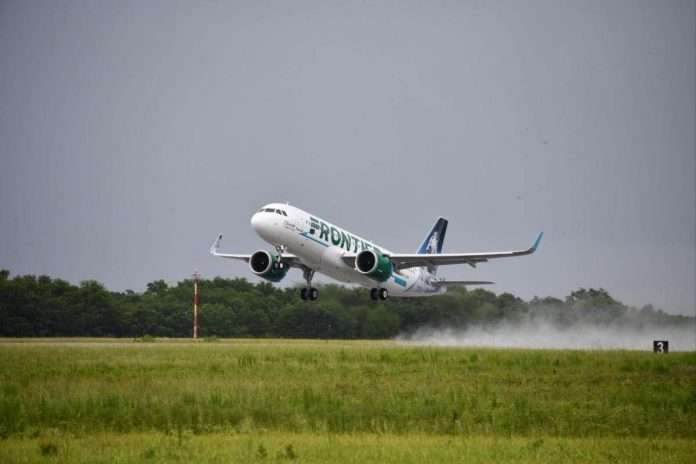 - Advertisement -
By Caroline Vakil
The Hill

AT&T and Verizon on Tuesday each agreed to temporarily delay their 5G rollouts near certain airports amid concerns over possible flight disruptions.

The move follows mounting outside pressure and comes amid warnings from U.S. airlines that new 5G wireless service that was set to start Wednesday could ground flights and leave potentially thousands of Americans stranded while also delaying goods.

“At our sole discretion we have voluntarily agreed to temporarily defer turning on a limited number of towers around certain airport runways as we continue to work with the aviation industry and the [Federal Aviation Administration] FAA to provide further information about our 5G deployment, since they have not utilized the two years they’ve had to responsibly plan for this deployment,” an AT&T spokesperson said in a statement.

AT&T told The Hill in an email that it had “temporarily deferred turning on C-Band transmitters within a two-mile radius of the airport runways specified by the FAA,” though the telecommunications giant did not disclose the affected airports.

Verizon, in their own statement, said it “voluntarily decided to limit our 5G network around airports.”

Verizon’s statement also did not detail which airports are affected.

The trade association Airlines for America, which represents passenger and cargo airlines, previously singled out the use of the service near airports such as John F. Kennedy in New York and George Bush Airport in Houston in an emergency request with the Federal Communications Commission late last year to delay the 5G rollout.

AT&T and Verizon, which were slated to start rolling out 5G service earlier this month, agreed to hold off for several weeks at the request of Buttigieg and Dickson. The companies are now expected to begin deploying the service Wednesday.

But patience is wearing thin as airlines and top Democrats have requested that both cellphone carriers hold off on rolling out their services in certain areas close to airports amid concerns over possible flight disruptions.

“We are frustrated by the FAA’s inability to do what nearly 40 countries have done, which is to safely deploy 5G technology without disrupting aviation services, and we urge it do so in a timely manner,” the AT&T spokesperson said.

President Biden commended both companies for agreeing to place limits around their 5G service rollout.

“This agreement will avoid potentially devastating disruptions to passenger travel, cargo operations, and our economic recovery, while allowing more than 90 percent of wireless tower deployment to occur as scheduled,” Biden said in a statement Tuesday afternoon. “This agreement protects flight safety and allows aviation operations to continue without significant disruption and will bring more high-speed internet options to millions of Americans.”

Buttigieg thanked AT&T and Verizon in a statement for “working with us to protect the flying public and the country’s supply chain,” also noting the “economic importance of expanding 5G.