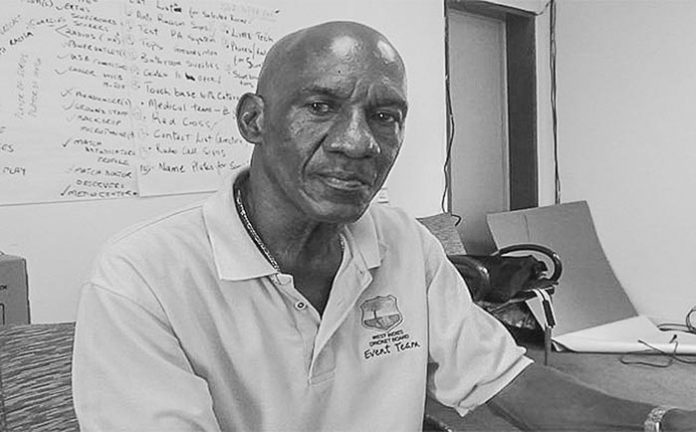 Auckland ‘Merley’ Hector died on New Year’s Eve at 72. A Former banker, top cricketer, all-around athlete and administrator he was praised at his funeral for the many contributions he made to St. Kitts.

Eulogised at a service last week by Charles Wilkin QC Hector was remembered for his work in the banking sector, the community and in sports especially cricket.

Wilkin noted that Hector taught for a year at the Basseterre Senior School before moving into banking which he made his career working first for the Industrial Bank and then for Bank of America.

Wilkin stated that the after Bank of America closed its doors in St. Kitts Hector moved into management with Bank of Commerce before moving to the Development Bank of St. Kitts and Nevis in 1981.

“Marley’s personality – intelligent, humble, low key but firm, patient, calm, compassionate, patriotic, disciplined and a team player, together with his banking acumen- suited him ideally for that role in which he excelled until his retirement in 2006 after 25 years of service to the Bank..

Wilkin also highlighted Hector’s work in the community. “Marley’s commitment to the community led him to join the Rotary Club of St. Kitts of which he was a member for over 30 years and served as a director and President. His contribution to the work of Rotary in our community was recognized by the award of Paul Harris Fellow, a distinguished recognition among the membership of 1.2 million Rotarians in 200 countries throughout the world.”

Commenting on his sporting achievement Wilkin reminded that Hector represented St. Kitts at cricket, football, tennis and golf. “If the island had a table tennis team he would have been first selected. He was also good at athletics.”

He also spoke of Hector’s glittering cricket career for which he was widely known as fast handed wicketkeeper.

“He represented and captained the Leeward Islands at cricket and should have made the West Indies side. The best opportunity he had in 1969 was cruelly frustrated by the captain of the Combined Islands, a fellow Kittitian.

“Marley made his debut for St. Kitts while in his teens and played in the strongest teams ever produced by the island which dominated the Leeward Islands tournaments in the 1960s,” Wilkin noted.

He added that also in 1973 Hector represented the island in the Davis Cup the major international tennis tournament and joined Lionel Berridge and Mackie Jeffers in that team which played in the Bahamas.

Wilkin also spoke of Hectors football achievements. “He terrorised defenders and goalkeepers with his quick and mazy runs from either wing or his powerful shots with right and left foot. The crowd buzzed with excitement when with his hands outstretched he signalled the beginning of one of his runs. Every young person interested in football at the time copied that famous move.

He then recounted out of Marley’s most famous feats as a footballer. “Just as his amazing one handed catch down the leg side off Basil Butcher in 1966 can in St. Kitts cricket history be justifiably called “the Catch” so can his goal direct from a corner with a swerving banana shot be called “the Goal.”

In 1975 at Warner Park before a huge crowd St. Kitts was 2-1 down to Antigua with less than ten minutes to go when Marley took over. He ran circles around the Antigua defence. “We won 3-2. I had the honour of scoring the winning goal but I just had to tap the ball in as Marley had left the whole defence on the ground. It was a joy and privilege to play with him,” Wilkin stated.

Wilkin recounted when Hector returned to cricket in his later years taking the reins of management of St. Kitts and Leeward Islands cricket when the sport was heading to the doldrums.

“What was not said is that as soon as he had successfully completed the reorganization of the Leeward Islands administration the other islands turned on him and ousted him from the Presidency and from the seat on the West Indies Cricket Board which was their real goal. Marley took that betrayal in stride because he was not after power and position but wanted to serve the game he loved so much.”

Hector is survived by his wife Patsy and their two children Dwayne and Deirdre.