Fake Chinese police cars have been spotted in major Australian cities as the number of rallies in support of Hong Kong democracy protests grows across Australia.

Police are investigating sightings of cars that have a Chinese Police logo and the word ‘police’ written on them in Mandarin, similar to the police cars stationed in Beijing’s Tiananmen Square.

The sightings have been confirmed by authorities in South Australia and Western Australia. 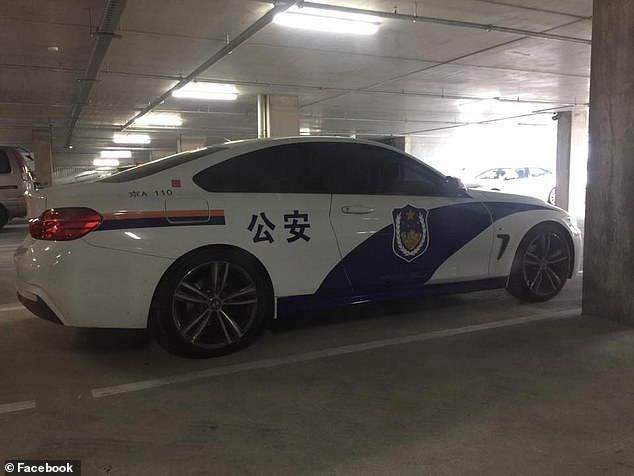 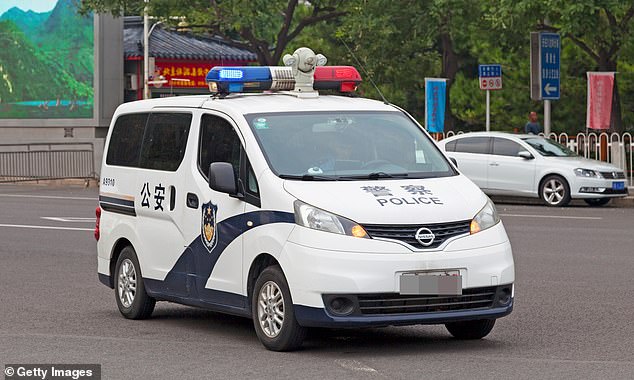 Police vehicles in China (stock picture) commonly have the same markings and colour scheme, right down to the stripes on the side

It is suggested that these vehicles are being used to intimidate pro-democracy protesters.

Chinese expats are afraid their former country could be monitoring them, particularly with the ongoing protests in Hong Kong.

‘We are fearful of such Chinese authorities, as most Australians know about the protests in Hong Kong by now,’ expat ‎Ho Yan Kwan‎ said.

‘So such brazen display, whether actually real or a prank, is worrying for the Hong Konger community here in WA who has no love for China.’

Others who spotted the cars are reluctant to believe they are fake. 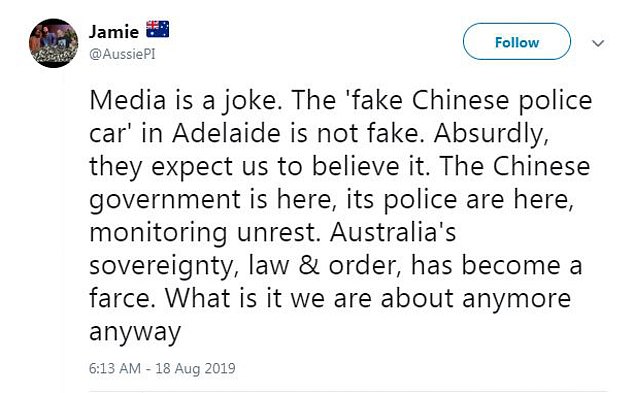 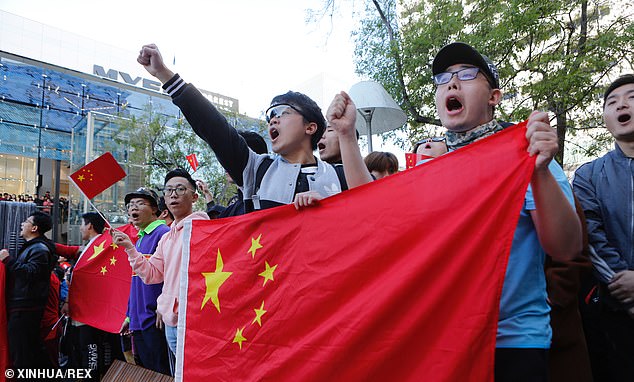 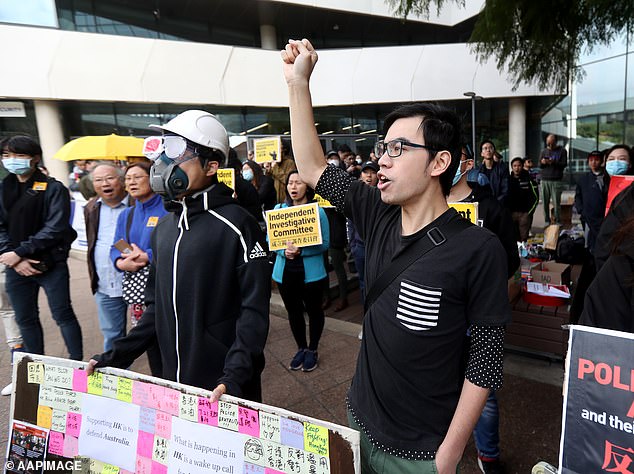 Pictured: Hong Kong protesters outside the University of Adelaide on Friday

Some fear the Chinese police are actually being allowed to operate in Australia, pointing out the identical car decal.

Despite the fears, WA police say that replicating a car with another country’s police car design is not against Australian law. Mr Ho shared an email from a WA Police sergeant saying using Chinese markings on cars was not illegal.

‘Whilst I understand your concerns, the person is not committing any WA offences by having Chinese markings on their vehicle, therefore I cannot allocate for this inquiry,’ the sergeant allegedly wrote. 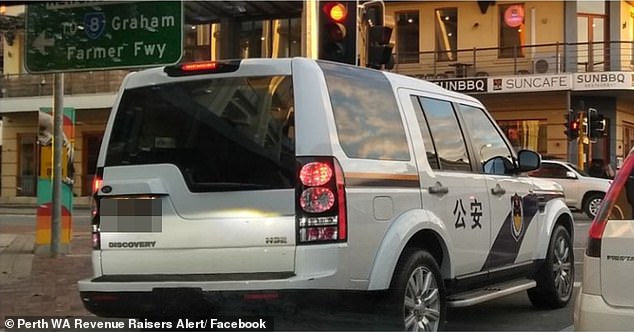 A Land Rover with Chinese police livery is cruising around the streets of Perth, scaring the local Chinese community

Green MP Tammy Franks told the ABC laws relating to the impersonation of foreign police cars in Australia need to be tightened.

She expressed her interest in introducing a private member’s bill to ‘ensure impersonating police forces is illegal in South Australia and send a clear and strong message that we stand for peaceful protest and democracy’.

In a statement this week, WA Police said that it was ‘aware of this matter and is investigating’.