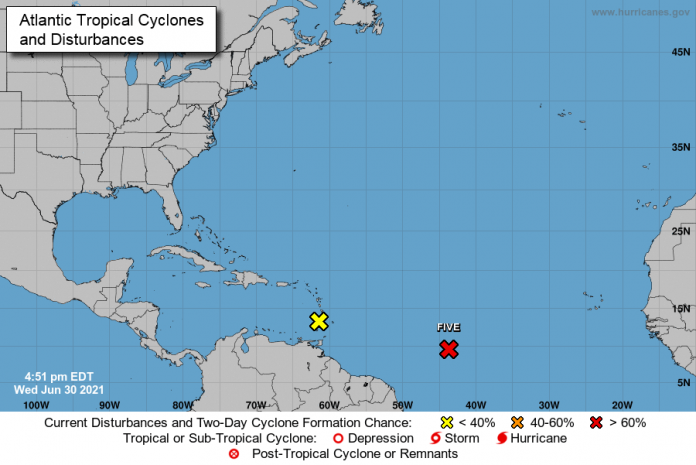 Chief Met Officer Elmo Burke noted that most persons might have been awakened to moderate to heavy showers and thunderstorm activity Wednesday morning and indicated it was associated with an active tropical wave being experienced.

He said there would be breaks in the shower activity but more rains are anticipated.
“Although you may recognise there may be blue skies in between you would have periods of moderate to heavy showers some of which are going to accompanied by gusty conditions and thunderstorms.”
Burke said they would have already recorded in excess of 40.5 millimetres of rainfall at the Met Office.
He said they were anticipating more shower activity and encouraged all to take measures to remain safe.
“We are encouraging the general public to remain safe and stay dry as much as possible.
move vehicles from known waterways.”
He discouraged persons from being outdoors as one can become a threat from lightening activity.
Burke noted that they are also monitoring another system in the Atlantic chain but noted it was too early at the moment to say where it is going to be passing as well as the type of impact.