History was created today in the Bahamas when Senator J Lashell Adderley and Patricia Deveaux were appointed to lead both arms of Parliament.

This is the first time that two women will lead the Upper and Lower Houses of Parliament at the same time.

Adderley will serve as the President of the Senate while Deveaux, who is also the Member of Parliament for Bamboo Town, will be the Speaker of the House of Assembly.

Adderley is the fifth woman to be appointed to lead the Upper House while Deveaux is the second woman to oversee sittings of the Lower House.

Adderley told Senators that her main goal is to ensure the business of Bahamians is addressed. 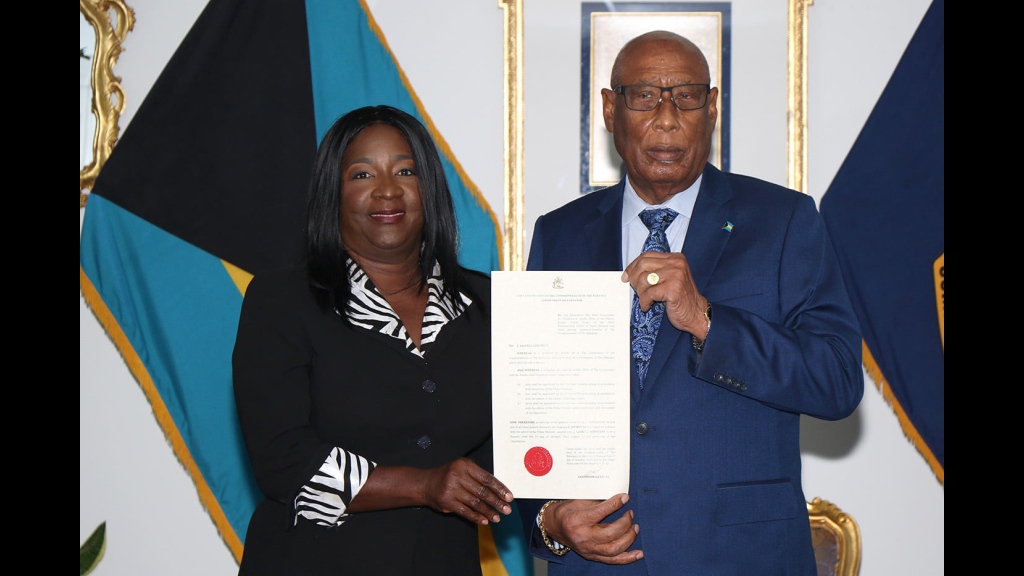 “Be assured, I intend to go about this job impartially and without fear or favour,” she remarked.

Deveaux expressed similar sentiments as she said that was “eternally grateful” for the opportunity to be the second woman to oversee the business of the House of Assembly.

“I shall endeavour to continue the tradition of dignity and honour that have marked this office,” Deveaux said as she urged her colleagues not to abuse the rights and privileges afforded to them as Members of Parliament.

North Eleuthera Member of Parliament Sylvanus Petty will serve as Deputy of the Speaker of the House of Assembly and Senator Barry Griffin Jr will serve as Vice President of the Senate.