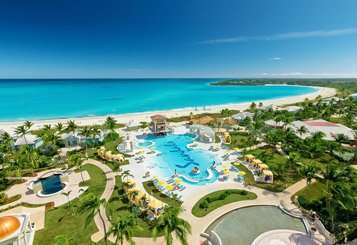 The deaths of Vincent Chiarella, Michael Phillips and Robbie Phillips were confirmed on Monday. Mr Chiarella’s wife, Donnis, remains in hospital where she is in a stable condition.

Investigations are still underway into the deaths.

Holidaymakers Alison and Jason Lewis have now spoken out about their experiences at the luxury Emerald Bay Resort.

They returned home on May 2, just four days before Mr Chiarella and the Phillips’s were found dead.

Mrs Lewis told the US Sun: ‘When I saw the story, it is sad to say I was not surprised.

‘It was by far the worst hotel I have been to.

‘The pool was freezing, and the color looked wrong, dirty. No one could go in the pool. They were pumping water into it from somewhere. I just knew it was awful.’

Meanwhile, when Mr Lewis opened the air conditioning unit in their room, he found the walls were ‘corroded’ and said it was ‘disgusted’.

Online, negative reviews about the state of the resort also litter sites such as TripAdvisor.

Cameron H wrote on May 5: ‘The resort is very dated and needs major renovation! They are short staffed and not accommodating at all. Three people died yesterday and the resort did nothing to comfort their guests or even let them know they are safe.’ 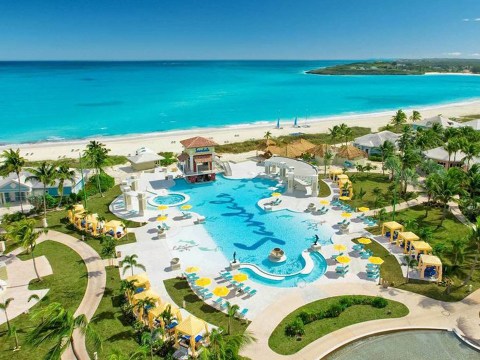 Michael T added this week: ‘Air conditioning, plumbing, no towels, employees that were new and poorly trained, and staff that seemed to be over-worked. Tragically we had to experience the death of three guests and injury of a fourth. It was very difficult to relax to say the least under these circumstances.’

And Nash R wrote in January a terrible odor meant a resort worker had to vent the room for several hours.

He added: ‘There was old food and melted ice bucket with warm champagne waiting for us. They forgot we were checking-in a day late.’

Sandals Resorts International are unable to respond to any scecifics while an investigation is underway.

But a spokesperson said: ‘Nothing is more important to Sandals Resorts than the safety of our guests. It is with deep sadness that we can confirm the passing of three guests at Emerald Bay Resort on May 6, 2022.

‘A health emergency was initially reported and following our protocols we immediately alerted emergency medical professionals and relevant local authorities to provide support and investigate the situation.

‘We are actively working to support both the investigation as well as the guests’ families in every way possible during this difficult time. Out of respect for the privacy of our guests, we cannot disclose further information at this time.’

Mr Chiarella had been found dead in his hotel room hours hours after visiting a medical centre.

His wife had reportedly woken up and screamed for help after she found she ‘couldn’t move’ and her legs and arms had swollen.

And in a nearby villa, Mr Phillips was found ‘slumped against a wall in a bathroom unresponsive,’ the Royal Bahamas Police Force said in a statement.

His wife, Robbie Phillips, was found ‘responsive’ on a bed in the bedroom but later died.

Acting prime minister Chester Cooper said police are looking into the incident and foul play ‘is not suspected’.

Autopsies were conducted on Monday but no cause of death has yet been revealed by the authorities.