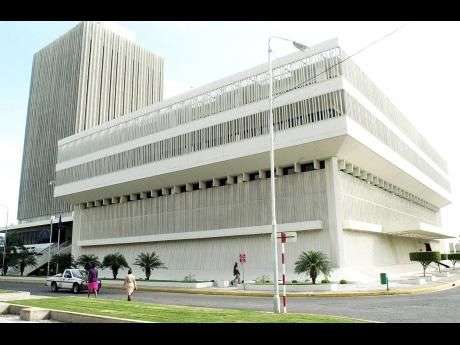 T&T Guardian- Jamaica’s Central Bank’s decision to pursue its own digital currency is as much an effort to reach out to the relative unbanked segment of the population as it is to continue the Western Caribbean country’s effort to digitise its economy.

The Sunday Business Guardian reached out to the Bank of Jamaica’s deputy governor and Central Bank Digital Currency (CBDC) implementation committee chair Natalie Haynes to discuss the Jam -Dex’s introduction to the Jamaican population. She explained the development of the digital currency served a dual purpose.

“We still have a large per cent of the population that remains outside of the formal financial system, the financial excluded,” Haynes said.

“And so we wanted, as part of the government’s whole thrust for digital transformation, the Central Bank thought that it could issue its own digital currency, which is really just a digital representation of the Jamaica dollar to our citizens, to every citizen especially for those who are now financially excluded. So financial inclusion is one consideration and, of course, our support for the government’s digital transformation of the entire economy.”

After two years of testing the waters the largest English-Speaking country in the Caribbean Sea is in the process of rolling out Jam-Dex, third digital currency in the Caribbean after the Bahamas’ Sand Dollar which was launched in October 2020 and the Eastern Caribbean Central Bank’s rollout of DCash in Antigua and Barbuda, Grenada, Saint Kitts and Nevis.

The incentive was first announced by Jamaica’s Minister of Finance and the Public Service Dr Nigel Clarke during the country’s budget presentation on March 10. In that presentation, Dr Clarke used the currency to pay his barber.

Jam-Dex is a Central Bank Digital Currency which is legal tender unlike cryptocurrency, which is privately issued, generally not backed by a central authority and does not perform all the essential functions of money.

Haynes explained the process behind the eventual selection and eventual development of the digital currency differed from the approach taken by the Bahamas and the ECCB. For one, Jam Dex is not powered by blockchain technology like the Sand Dollar and DCash, as the Bank of Jamaica made the decision to chart its own course.

“We started with a clean slate, took a decision first that we are going that route,” she said, “we decided that this is where we were going and how best to achieve it.”

Haynes said multiple options were reviewed before the choice of digital framework around which their digital currency would be developed.

“We were agnostic(towards the technology) when we started. We had to go through a procurement process in terms of choosing the technology provider for the digital currency. So we issued a request for proposal.

“We got quite a few, over 60-odd entities, local and overseas entities submitting their bids and when we narrowed it down, eCurrency Mint was the successful one.

“They don’t use blockchain technology. And so lessons learned from the other two entities would really be limited in that regard because are using a different technology.”

Haynes said the new currency was especially appealing to those who had grown accustomed to using credit and debit cards and had gradually found carrying cash to be burdensome or in some cases, dangerous. However she was wary that a large portion of the Jamaican public was sceptical about digital transactions, and the BoJ did have a task on its hands with regard to ensuring Jam-Dex is a safe option.

“Some of them are sceptical, especially those who have never used any electronic means of payment,” she said, “For those who have been using it in terms of credit cards, debit cards they see this as a golden opportunity to replace physical cash, which some of them find a little inconvenient. And, of course, not secure.

“In fact, if you’re using physical cash, to pay, say some small merchants, like you have a food vendor or so you’d have to be face to face, you know, to be paying persons while with a digital wallet, you can pay remotely.

“Of course, the security issues in terms of walking around with large sums of cash, you know, you may lose it or it may be stolen from you. So that convenience and ease of use, those persons find very attractive.”

The next few weeks and months will prove crucial in earning trust in the digital currency. Currently only the National Commercial Bank of Jamaica has a digital wallet available for the public with other banks within Jamaica set to join the party in the coming months.

Haynes said right now the BoJ continued to conduct tests to ensure when the various digital wallets come online, there will be fluency in the transactions. She is hopeful that between now and the end of the April those issues can be fully addressed.

During that period, Haynes is also looking forward to the required amendments to the bank of Jamaica act that will confirm the Bank of Jamaica as the sole issuer of CBDC and for it to be legal tender in Jamaica.

Haynes explained, the switch to currency would not only spare citizens the hassle of having to walk with cash, but also save the government time and money in terms of the printing of new notes.