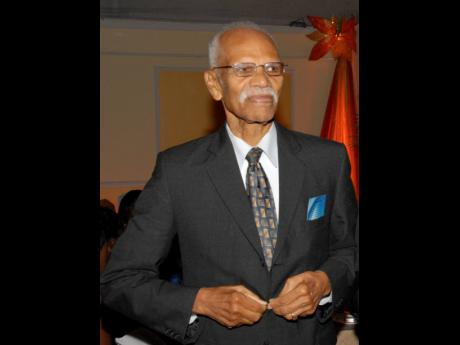 Former deputy governor of the Bank of Jamaica (BOJ), Owen Jefferson, died yesterday at his Millsborough Crescent home in St Andrew. He was 87.

Jefferson, who had been ailing for some time, passed away shortly after 2 p.m. He leaves behind widow Albertina and sons Douglas and Brian.

He was described by Douglas as a family man who “had a lot of accomplishments academically, and so on, but was very humble”.

“He worked at The University of the West Indies in the Department of Economics as a lecturer. Then he was at the Ministry of Finance and then he moved from there to the Bank of Jamaica. He used to work long hours. He would leave early and come home late,” Douglas told The Gleaner last night.

President of the People’s National Party Dr Peter Phillips offered condolences to the family, citing Jefferson as a pioneer of Jamaica’s economic development.

Phillips said that Jefferson was part of a group that set “the foundation for the Department of Economics, which was founded in the 1960s at The University of the West Indies, and their influence and scholarship still remained significant in Jamaica and the Caribbean today.

“He oversaw the liberalisation of the Jamaican currency and managed the spread of market forces, which provided for the accumulation of Jamaica’s reserves of foreign currency,” Phillips said.

Phillips also described him as one of the giants of academia and of economic thought “whose scholarship, work, and commitment carried Jamaica forward in the post-Independence era”.

Born in Claremont, St Ann, in 1932, Jefferson was educated at Calabar High School before pursuing tertiary studies at the University of Toronto, University of Chicago, and Oxford University. He was a 1961 Commonwealth Scholar.

Jefferson had a decorated career in academia, working as an economist and lecturer in Trinidad and Tobago and Jamaica in the 1960s and ‘70s before assuming senior positions at the Caribbean Development Bank, the Ministry of Finance and Planning, and the Bank of Jamaica.

A former radio commentator and Gleaner writer, Jefferson is noted for his contributions to publications such as The Post-War Economic Development of Jamaica and Readings in the Political Economy of the Caribbean as well as other scholarly journals.