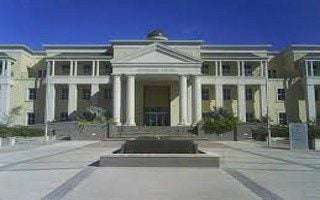 CNW- The Court of Appeal in Barbados has ruled that Jamar Dwayne Bynoe, who was previously been sentenced to death by hanging for his role in the 2010 fire at a store that resulted in the deaths of six women, return to the High Court for sentencing.

But the Appeal Court upheld his conviction even as it vacated ‘the sentence of death.”

Bynoe had appealed his 2016 conviction for murdering six women in the September 3, 2010, Campus Trendz fire. A jury had found him guilty of six counts of murder following the deaths of Shanna Griffith, Kelly-Ann Welch, Pearl Cornelius, Kellishaw Olivierre, Nikita Belgrave and Tiffany Harding

However, the Trinidad-based Caribbean Court of Justice, (CCJ) the island’s highest court, had in another matter ruled that the mandatory death sentence in Barbados was unconstitutional.

Six independent nations in the Eastern Caribbean – Antigua and Barbuda, Dominica, Grenada, St Kitts and Nevis, St Lucia, and St Vincent and the Grenadines, all members of the Organization of Eastern Caribbean States (OECS) – and Barbados, retain the death penalty for murder. Most of these countries have not executed anyone sentenced to death for at least ten years with the vast majority not carrying out an execution for more than twenty years.

The Death Penalty Project has been challenging Barbados’ use of the mandatory death penalty on human rights grounds in legal appeals dating back to 2004.n