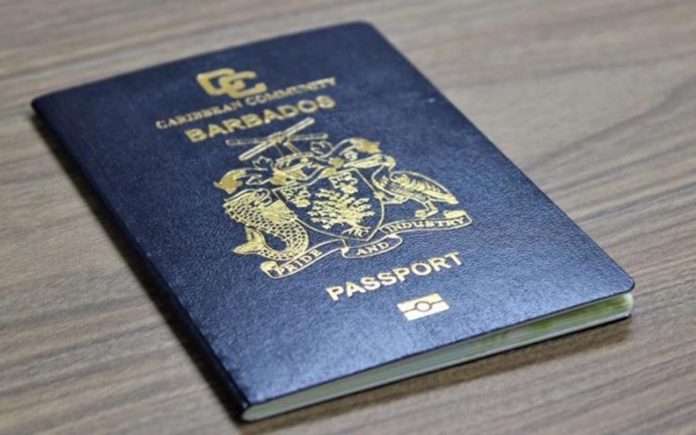 - Advertisement -
The Voice- BARBADOS HAS ranked top of the leaderboard for having one of the most powerful passports in the Caribbean – for the eighth year running.Henley Passport Index placed the east-tropical island in its coveted spot due to it boasting the most visa-free access across 163 destinations around the world.Barbados, which has been thrust onto the world stage for its strides in becoming a republic and efforts in fighting the climate crisis, still managed to hold its ranking for having the most-sought after passport in the idyllic coastal region despite Covid-travel restrictions and being heavily reliant on international tourism.

it was the first country in the world to announce the first steps into entering into the metaverse, which would allow travellers to the Caribbean nation to be issued “e-visas” through a digital embassy.

In 30th position was St Vincent and the Grenadines (52 destinations), followed by twin-islands Antigua and Barbuda and Trinidad and Tobago (151 destinations) who both tied in 31st place.

Grenada claimed the 34th position on the list, Dominica in the 35th spot and Belize in 54th place.

The lowest ranking passport in the tropical region was Haiti which also ranked 94th globally for the world’s most powerful passports.

It comes after Barbados surged to the top spot in the Caribbean, but fell to 25th place in the world ranking after being selected as 23rd last year out of 199 different passports and 227 travel destinations.

The annual reports suggest that a passport’s strength is linked to economic power and the “percentage of global GDP each passport provides to its holders’ visa-free”.