BRIDGETOWN, Barbados–October 18th, 2020–The Ministry of People Empowerment and Elder Affairs has strongly condemned a series of inappropriate photographs of a mature female and minor male in suggestive poses currently being circulated on social media.

Last Friday, Director of the Child Care Board Joan Crawford also expressed concern about the photographs. She told Barbados TODAY the matter has been referred to the Royal Barbados Police Force.

“Please be advised that the photos have been referred to the police for investigation and further management,” Crawford said.

In a strong statement, the ministry said Barbadians should be “horrified” if the images originated here and even if they didn’t, the public should still be deeply

The four controversial photos show a woman dressed in skimpy wear in compromising positions with a fully clad minor.

In one photo, the woman is wearing black lingerie and embracing a little boy with her left hand while she holds his face with the other hand and kisses him on the lips.

Another image shows the woman, in the same outfit, on her hands and knees. The juvenile is seen kneeling behind her with one hand on her buttocks and the other on her back.

In a third picture, the woman, outfitted in white lingerie, seems to be kneeling as the boy presses his pubic area against her breast.

The fourth image shows the adult bending over as the minor holds her close from behind.

CCB Director Joan Crawford has expressed concern about the posting of the photos and has drawn the images to the attention of the Royal Barbados Police Force (RBPF).

“Please be advised that the photos have been referred to the police for investigation and further management,” the head of the child protection agency told Barbados TODAY.

In a press statement, the Ministry of People Empowerment and Elder Affairs stated that it was “absolutely appalled at a series of inappropriate photographs of a mature female and minor male in suggestive poses currently being circulated on social media.  In fact, we would be horrified if these images originated in Barbados.”

“Even if they did not originate in Barbados, that they are being circulated is deeply concerning. The photographs are disturbing and indicate a sharp deviation from the standards of morality that we have set for our society.”

The Ministry says that it has embarked on a Child Protection Reform project in collaboration with the United Nations Children’s Fund (UNICEF).

This Project is reviewing the existing child protection laws and systems with the view of crafting an enhanced framework that would ensure the safety and protection of our children in all settings.

The Ministry expects to have a new child protection legislation by early in the new year.

The new Child Protection legislation will complement the new Child Justice Bill which has already been drafted to guide the treatment of children who come into contact with the law. 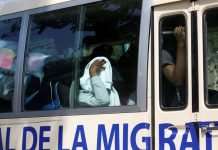 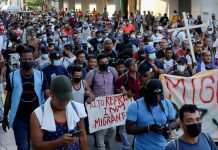 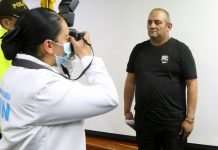 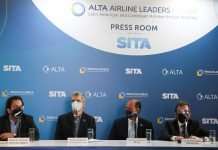