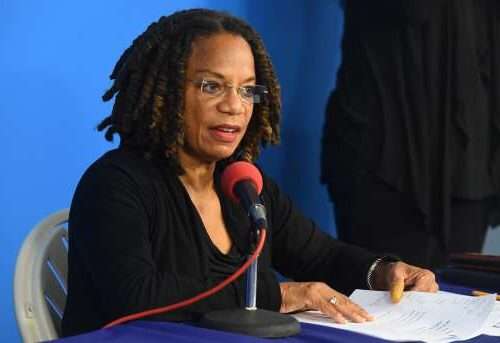 Bermuda’s Health Minister Kim Wilson has condemned what she says is  “reckless behavior” that led to the island recording 18 new cases of COVID-19.

In an update late Saturday, the Health Minister said that a total of seven cases in from overseas and seven were the results of on-island transmissions with a known contact.

The sources of the other four cases are under investigation.

The new cases bring the island’s total of confirmed cases to 622 — roughly half in December alone.  To date, ten people have died on the island.

“We have been made aware of some disturbing social activities over the New Year’s holiday that saw a significant number of individuals at a location who were not engaging in safe practices. Reckless behavior such as this is unfortunate, and we understand that the Bermuda Police Service is investigating the incident.”

“I cannot emphasize enough the importance of making sensible and responsible decisions.”

The fresh cases were among 1,925 test results that came back to health officials since Thursday.

The overseas cases include three residents who flew to Bermuda from London on the December 23 British Airways (BA) flight and tested positive on their day 8 test.

The other two positive cases were residents who arrived on the December 30 BA flight.

The island has 134 active cases, with 131 patients under public health monitoring and three in hospital — but none in critical care.

A total of 478 patients have recovered.